Biden says he is crafting a plan for Russia-Ukraine crisis 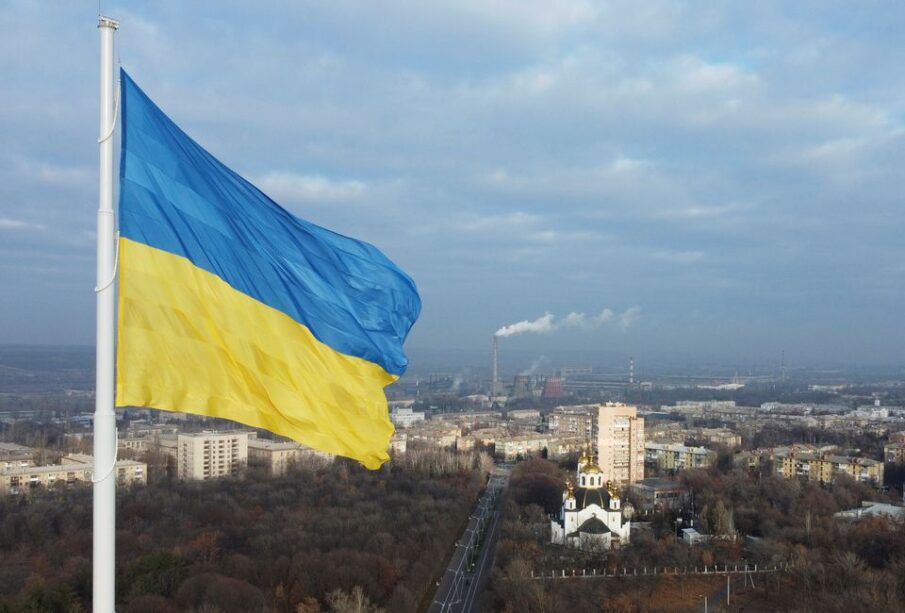 U.S. President Joe Biden said on Friday he is developing comprehensive initiatives to make it difficult for Russian President Vladimir Putin to invade Ukraine and that he would not accept Moscow’s “red lines,” as fears mounted that the simmering conflict could erupt into war.

A video teleconference between the two leaders is anticipated within days.

More than 94,000 Russian troops are massed near Ukraine’s borders, said Ukraine’s defense minister, Oleksii Reznikov, who cited intelligence reports suggesting Moscow may be planning a large-scale military offensive for the end of January.

Moscow, in turn, has accused Ukraine and the United States of destabilizing behavior and suggested Kyiv might be preparing to launch its own offensive in eastern Ukraine, which the Ukrainian authorities deny.

“What I am doing is putting together what I believe to be the most comprehensive and meaningful set of initiatives to make it very, very difficult for Mr. Putin to go ahead and do what people are worried he’s going to do,” Biden said, without going into detail.

As he departed for a weekend trip to Camp David later on Friday, Biden told reporters: “We’re aware of Russia’s actions for a long time and my expectation is we’re going to have a long discussion with Putin.”

U.S. and Ukrainian officials warned again this week that severe economic sanctions are on the table against Russia.

“Since the beginning of this administration we have demonstrated that the United States and our allies are willing to use a number of tools to address harmful Russian actions,” a senior U.S. official, speaking on condition of anonymity, said when asked about the plan Biden is developing. “We will not hesitate from making use of those and other tools in the future.”

Ukrainian tensions set the backdrop for the first call in months between the U.S. president and his Russian counterpart as soon as next week. Officials have been negotiating terms of the call after Putin and Biden last spoke in July.

The Kremlin said on Friday that Russia and the United States had a tentative date and time for the video summit in the coming days, but that Moscow was waiting for Washington to finalize it. The White House said only that it is “engaged” in talks for a possible call.

Biden imposed sanctions on Russia in April and has left open the possibility of more. But Washington hopes that continued direct engagement will lower the temperature at a time when relations are at their lowest level since the end of the Cold War and the demise of the Soviet Union.

“We want open lines of communication with the Russians,” said one senior State Department official, speaking on condition of anonymity. “Especially in times of tension, it’s important that we have these channels of dialogue.”

A glimpse into what a Biden-Putin call might look like was offered by a meeting among lower level officials on Thursday.

In Stockholm on Thursday, U.S. Secretary of State Antony Blinken warned Russia’s Foreign Minister Sergei Lavrov that there would be “severe costs” if Moscow escalates conflict, a message Biden appears prepared to reiterate.

Blinken told the Reuters Next conference on Friday that Biden would tell Putin about the country’s “determination, not as a threat, but simply as a fact, to stand up resolutely against any reckless or aggressive actions that Russia may pursue and also to defend the territorial integrity, the sovereignty, the independence of Ukraine.”

Russian officials, meanwhile, said Putin would press his case for legally binding security guarantees from the West that NATO will not admit Ukraine as a member of the military alliance or deploy missile systems there to target Russia.

As in their past talks, including a June face-to-face meeting in Geneva, other issues likely to come up include cybersecurity, arms issues, Afghanistan, Iran, Libya and Syria.