The Times of Earth, International Edition
0
232 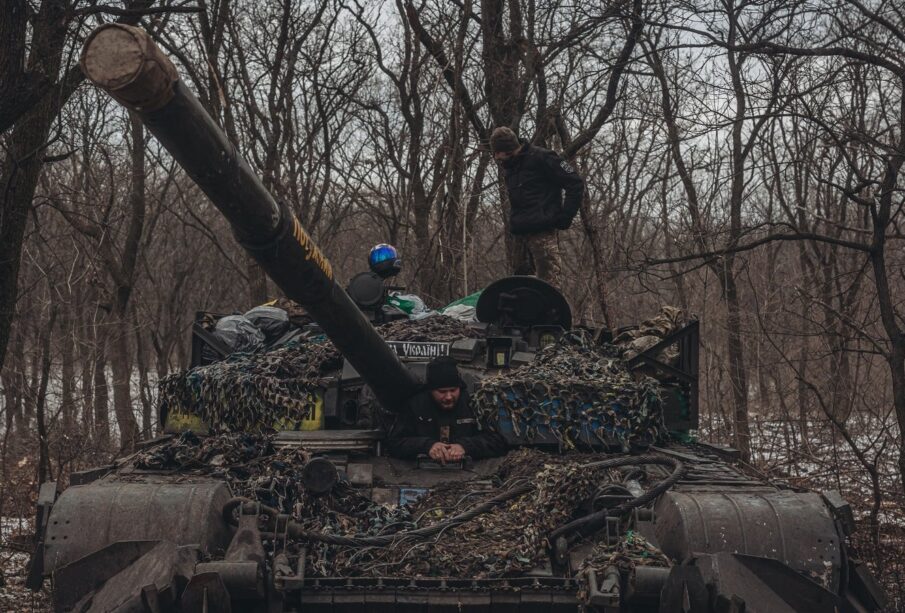 Ukrainian military personnel carry out maintenance on their tanks on the Donbass frontline. REUTERS

Germany will send German-made tanks to Ukraine so long as the United States agrees to do likewise, a government source in Berlin told Reuters, as NATO partners remained out of step over how best to arm Ukraine in its war against Russia.

Ukraine has pleaded for modern Western weapons, especially heavy battle tanks, so it can regain momentum following some battlefield successes in the second half of 2022 against Russian forces that invaded last February.

Berlin has veto power over any decision to export its Leopard tanks, fielded by NATO-allied armies across Europe and seen by defence experts as the most suitable for Ukraine.

Several times in recent days, German Chancellor Olaf Scholz has stressed, behind closed doors, the condition that U.S. tanks should also be sent to Ukraine, the German government source said on condition of anonymity.

When asked about Germany’s stance, U.S. President Joe Biden’s spokesperson Karine Jean-Pierre said: “The president believes that each country should make their own sovereign decisions on what steps of security assistance and what kinds of equipment they are able to provide Ukraine.”

NATO allies have sought to avoid the risk of appearing to confront Russia directly and have refrained from sending their most potent weapons to Ukraine.

According to a U.S. official, the Biden administration is set to approve a new aid package for Ukraine, worth more than $2 billion, which would likely include Stryker armoured vehicles for Kyiv, but not M1 Abram tanks.

The package could be announced as early as Friday during a meeting of top defence officials from dozens of countries at the U.S. Ramstein Air Base in Germany.

The Pentagon is still not prepared to meet Kyiv’s request for M1 Abrams tanks, Colin Kahl, the Pentagon’s top policy adviser who had just returned from a trip to Ukraine, has said.

“I just don’t think we’re there yet,” Kahl said. “The Abrams tank is a very complicated piece of equipment. It’s expensive. It’s hard to train on. It has a jet engine.”

Austin will press Pistorius at the meeting to allow for the transfer of German-made Leopard tanks to Ukraine, as several NATO countries had them and were willing to deliver them quickly, U.S. officials said.

Attention at Friday’s meeting will be focused on Germany, which has said Western tanks should only be supplied to Ukraine if there is an agreement among Kyiv’s main allies.

Britain has raised the pressure on Berlin this month by becoming the first Western country to send tanks to Ukraine, pledging a squadron of its Challengers. Poland and Finland have said they will send Leopard tanks if Germany approves them.

In a speech by video link to the Davos forum on Wednesday, Ukrainian President Volodymyr Zelenskiy urged Western allies to supply his country before Russia mounts its next missile and armoured ground attacks.

“The supplying of Ukraine with air defence systems must outpace Russia’s next missile attacks,” Zelenskiy said. “The supplies of Western tanks must outpace another invasion of Russian tanks.”

Germany’s Leopard 2 is regarded as one of the West’s best tanks. It weighs more than 60 tons (60,000 kilograms), has a 120mm smoothbore gun and can hit targets at a distance of up to five kilometres (three miles).

Ukraine, which has relied primarily on Soviet-era T-72 tank variants, says the new tanks would give its troops the mobile firepower to drive out Russian troops in decisive battles.

The fighting has been concentrated in the south and east of Ukraine, after Russia’s initial assault from the north aimed at taking Kyiv was thwarted during the first months of an invasion that Russian President Vladimir Putin called a “special military operation”.

“The situation on the frontline remains tough, with Donbas being the epicentre of the most fierce and principled battles,” Zelenskiy said in a video address on Wednesday. “We are seeing a gradual increase in the number of bombardments and attempts to conduct offensive actions by the invaders.”

Donbas, comprised of Luhansk and Donetsk, is the industrial heartland of Ukraine’s east. Russian forces have been pressing for months for control of the city of Bakhmut in Donetsk but with limited success, and have shifted their attention to the smaller nearby town of Soledar in recent weeks.

Ukrainian military analyst Oleh Zhdanov said in a YouTube video that Ukrainian army units remained in Soledar, with heavy fighting in western districts despite Russian claims for more than a week that it now controlled the town.

Reuters could not verify battlefield reports.

Separately, a helicopter crashed in fog near a nursery outside Kyiv on Wednesday, killing 14 people, including Ukraine’s interior minister, and a child.

Ukrainian officials have not suggested that any action by Russia was responsible for the helicopter going down.

The crash was “a terrible tragedy” and “the pain is unspeakable”, Zelenskiy said on Telegram, and in his nightly video address, he said the had asked the SBU intelligence service to investigate the cause.