The Times of Earth, International Edition
0
719 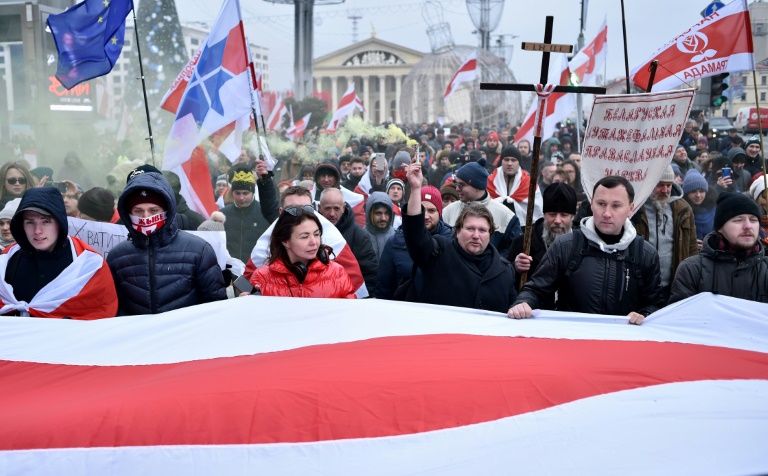 Roughly 1,000 Belarusians joined an unauthorised demonstration on Saturday against the prospect of a closer union with Russia.

Long-time ruler Alexander Lukashenko was meeting with his Russian counterpart Vladimir Putin in Russia on Saturday to discuss “key issues in our bilateral relations, including the prospects for deepening integration”, according to the Kremlin.

Angered by the potential deal, crowds of mostly young Belarusians headed towards the government headquarters in the capital Minsk carrying signs that read “it’s not integration, it’s an occupation” and “the president is selling our country”.

Many waved EU flags or those of the opposition. Police quickly intervened to oversee the demonstration but made no arrests.

The ex-Soviet republic formed a nominal union with Moscow in the 1990s, with close trade and military cooperation, but speculation has grown that Lukashenko intends to agree a formal unification of the two countries.

“It is forbidden to touch the country without the permission of the people,” said an opposition leader, Vladimir Neklyayev.

Lukashenko, often labelled Europe’s last dictator, has repeatedly denied the claims and complained in November that Russia was constantly “sneaking in new conditions” to the agreement he is trying to broker.

Saturday’s meeting between the two leaders was the 20th anniversary of the existing union’s creation. Afterwards, Putin said he wanted to do everything to ensure that “our peoples… continue to come closer together, most of all in the economic and social domain”.

“We just want equal conditions, that’s all,” said Lukashenko, calling on Putin to keep selling gas and oil to Belarus and the same rates it sold them to Russian businesses.

Land-locked Belarus, sandwiched between Poland, Ukraine and Russia, is one of Moscow’s main allies in Europe, although relations are often tense.

Some 49.9 percent of Belarusians want to remain completely independent of Moscow, according to a survey by the Minsk Academy of Sciences published this week.

Those in favour of a union with shared political institutions numbered 36 percent and 7.7 percent wanted full unification, the poll suggested.