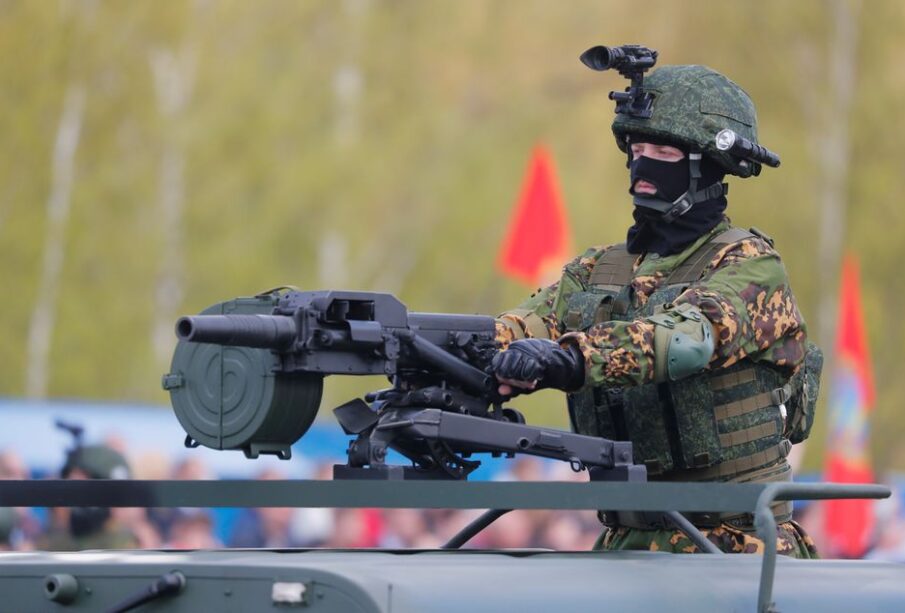 Belarusian member of the military takes part in the Victory Day parade, which marks the anniversary of the victory over Nazi Germany in World War Two, in Minsk, Belarus May 9, 2020. REUTERS/Vasily Fedosenko/File Photo

The armed forces of Belarus began sudden large-scale drills on Wednesday to test their combat readiness, the defence ministry of Ukraine’s neighbour said.

Belarus is a close ally of Russia, which invaded Ukraine in late February immediately after holding joint drills with Minsk which had allowed it to move more forces closer to the Ukrainian border. Russia calls its actions in Ukraine a “special military operation”.

“It is planned that the (combat readiness) test will involve the movement of significant numbers of military vehicles, which can slow down traffic on public roads,” the Belarusian ministry said in a statement.

The ministry said the exercise posed no threat to its neighbours or the European community in general.

Belarusian President Alexander Lukashenko spoke to his Russian counterpart Vladimir Putin on Tuesday and the two discussed the Russian operation in Ukraine, among other issues, according to official statements.

Areas of Ukraine adjacent to Belarus, including its capital Kyiv, came under Russian assault in the initial stage of the invasion, but now Russia has focused its attacks on Ukraine’s eastern and southeastern regions.