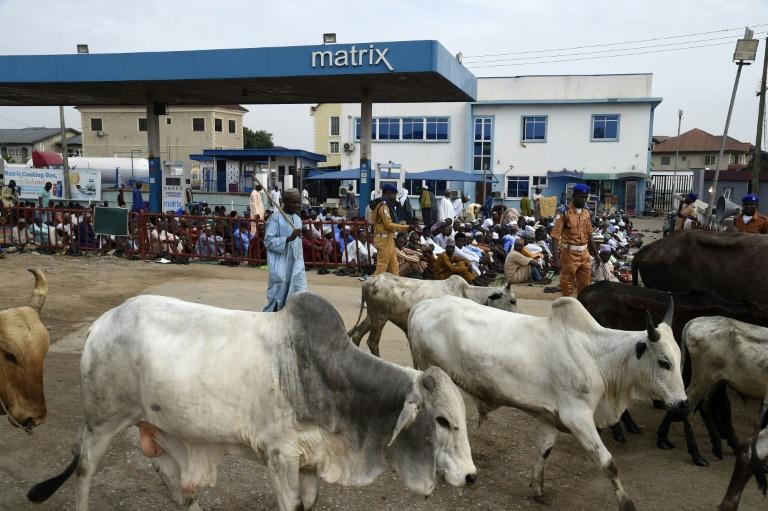 Cattle are often the target of armed raiders who have carried out a string of deadly attacks on Nigerian villages in recent months. AFP

Local residents said up to 43 villagers were killed in the raid late on Thursday.

“The attackers left before security teams arrived because the area is hard to reach due to bad roads,” Shehu said.

But residents said 43 people were killed and seven injured in the attack.

“We found a total of 43 bodies from the villages along with seven people with injuries,” resident Danladi Sabo told AFP.

He said those killed were buried on Friday while the injured were taken to hospital in Gusau, the state capital.

Northwest and central Nigeria have been regularly terrorised by gangs of cattle thieves and kidnappers who raid villages, killing and seizing residents as well as stealing livestock after looting and burning homes.

The gangs are largely motivated by financial gains but some of them have appeared in videos pledging allegiance to jihadists, who are waging a 12-year insurgency to establish an Islamic state.

Military operations and amnesty offers have failed to end the attacks.

The criminals have recently focused on raiding schools and kidnapping students to squeeze ransom payments from parents and the authorities.

On Monday, more than 100 students were kidnapped from a boarding school in neighbouring Kaduna state, in the latest mass abduction targeting schools in Nigeria.

Around 1,000 students and pupils have been abducted in Nigeria since December. Most have been released after negotiations with local officials.

President Muhammadu Buhari on Monday directed the military, police and intelligence agencies to ensure the safe and early release of all kidnapped victims, a statement from his office said.

Gangs often target rural schools and colleges where students stay in dormitories and security is light, allowing them to easily remove their victims to forest hideouts to negotiate ransom payments.