Azerbaijan reports attack on its troops in Nagorno-Karabakh 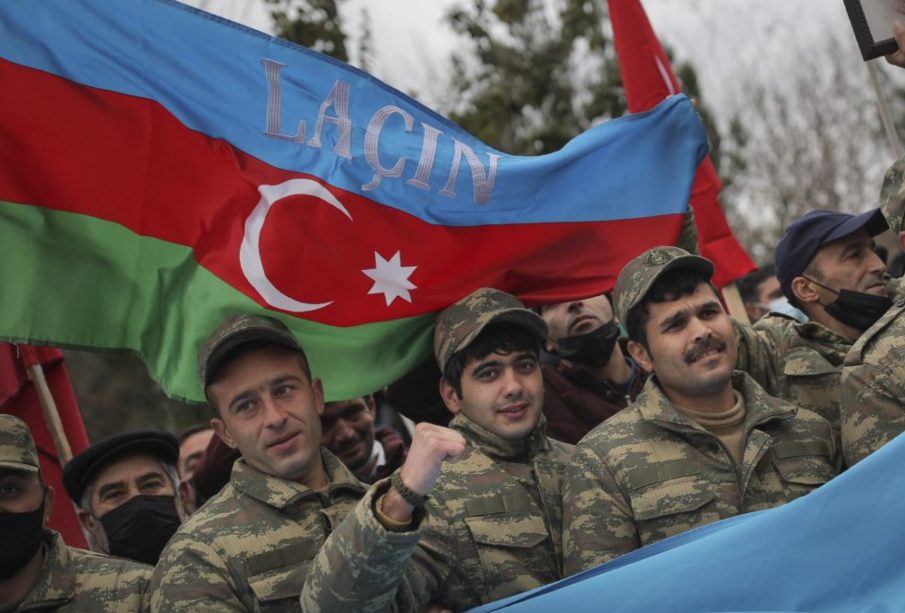 Azerbaijan’s Defense Ministry said Monday its army units have been attacked by “an illegal Armenian armed group” in Nagorno-Karabakh, killing one Azerbaijani serviceman and wounding another.

The ministry said the attack took place in the Khojavend region on Sunday afternoon and was thwarted, leaving all six attackers dead.

The statement comes just hours after the Armenian Defense Ministry denied media reports of fighting in the neighboring Hadrut region and said the ethnic Armenian forces in Nagorno-Karabakh were “strictly observing” the cease-fire.

Neither Armenian or Nagorno-Karabakh officials have so far commented on Azerbaijan’s statement.

Nagorno-Karabakh lies within Azerbaijan but was under the control of ethnic Armenian forces backed by Armenia since a separatist war there ended in 1994. That war left Nagorno-Karabakh itself and substantial surrounding territory in Armenian hands.

Heavy fighting erupted in late September in the biggest escalation of the decades-old conflict between Armenia and Azerbaijan, killing more than 5,600 people on both sides. A Russian-brokered peace deal that saw Azerbaijan reclaim much of the separatist region along with surrounding areas ended six weeks of fierce fighting on Nov. 10.

On Dec. 12, Armenia and Azerbaijan reported new clashes in the south of Nagorno-Karabakh, accusing each other of breaching the cease-fire. Russian peacekeepers deployed to monitor the peace deal also reported a violation, but didn’t assign blame.

Approval of Oxford/AstraZeneca could relax restrictions