The Times of Earth, International Edition
0
1079 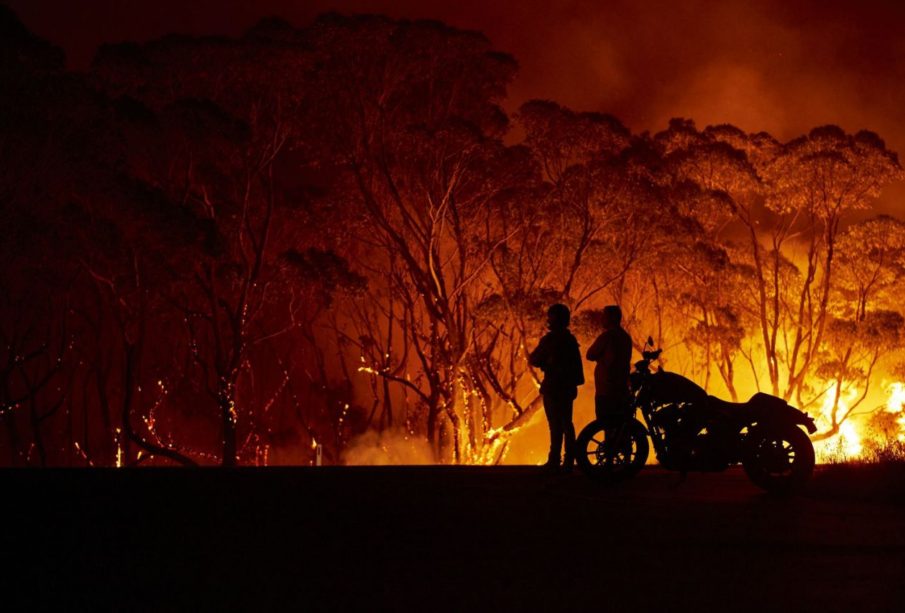 The immediate threat from Australia’s devastating bushfires may have eased – at least temporarily – but thousands of people are still living in campsites along the country’s east coast, unable to return home.

At the makeshift evacuation centre at the Batemans Bay beachfront on Sunday, children in pyjamas played with pets and families made up beds in cars and trailers as they prepared to spend another night outdoors.

Many people who were urged or ordered by authorities to flee nearby towns and homesteads several days ago still did not know whether their homes and properties had survived the fierce wildfires that have ripped through large parts of the east coast.

Gordon Bell has been at the Batemans Bay campsite, around 220 km south of Sydney, with his wife and four children for three days.

“We don’t know if the fire’s even got to where we were, so we’ve to find all that out,” Bell, who runs a fence building business, told Reuters. “Can’t work at the moment. Neither can my wife. So it’s pretty bad.”

Australia has been battling wildfires across large swathes of its east coast for weeks, with the blazes scorching more than 5.25 million hectares (13 million acres) of land and destroying almost 1,500 houses in one state alone.

Thousands of people have been evacuated from coastal towns at the peak of the summer holiday season, in one of the biggest coordinated operations since the evacuation of Darwin after Cyclone Tracy flattened the northern city in 1974.

Some people who live in high-risk fire areas have been in and out of evacuation centres over the past couple of weeks as the volatile and unpredictable fires changed direction and intensity.

“The amount of times I’ve packed all my belongings in the car, or tried to get it out, you know what I mean? Dragged the kids somewhere that we are going to be out of our house for who knows how long,” Stacey Ballentine said as some of her six children played with toys on the sandy grass. “And not knowing what’s going on and how bad it’s going to be. It’s a bit stressful.”

A large-scale military and police effort was continuing on Sunday to provide supplies and evacuate those still isolated by the fires. Many areas were without power and mobile communications, and volunteer services like the Red Cross were serving food to encamped people.

“Information is scarce,” Batemans Bay resident Frank Scognamiglio said as he read on the beach with his son Rocco. “We are just trying to keep safe and looking after each other.”