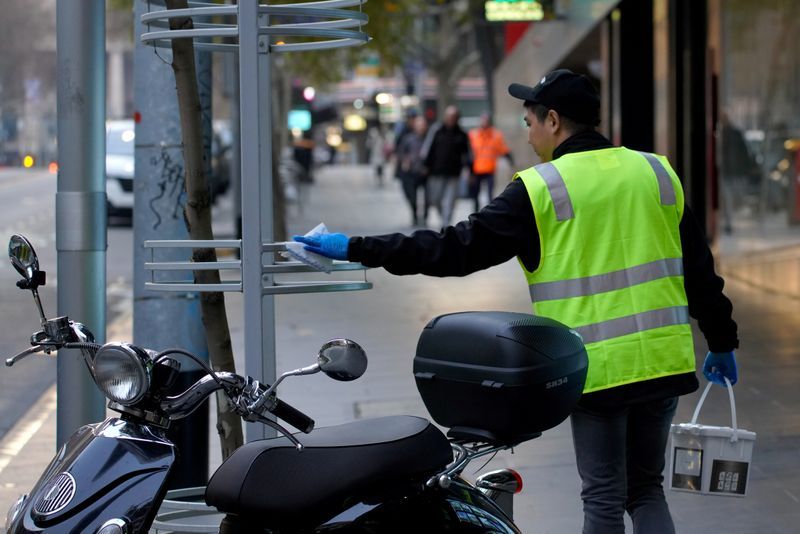 Australia will halve the number of citizens allowed to return home from overseas each week, Prime Minister Scott Morrison said on Friday, as authorities struggle to contain a COVID-19 outbreak in the country’s second most populous city.

The state of Victoria reported 288 new cases on Friday, a record daily increase for any part of the country since the pandemic began, raising alarm bells about community transmission in a country where most cases have involved returned travellers.

Since March, Australia has allowed only citizens and permanent residents to enter the country. Once they arrive, they enter a mandatory 14-day quarantine in hotels, which is paid for by state governments.

Morrison said from Monday, Australia will cap the figures at 4,000 people each week, about half the number that have been returning. Those who return will also have to pay for their quarantine stays.

“The decision that we took… was to ensure that we could put our focus on the resources needed to do the testing and tracing and not have to have resources diverted to other tasks,” Morrison told reporters in Canberra after a meeting of the national cabinet.

Neighbouring New Zealand introduced measures earlier this week to limit the number of citizens returning home to reduce the burden on its overflowing quarantine facilities.

The flare-up in the city of Melbourne has forced 5 million Australians to stay home for all but essential business, led the rest of Australia’s states to ban Victorians from entering, and dealt a blow to Australia’s economic recovery.

It has also slowed the planned opening of a quarantine-free “travel bubble” with New Zealand, which Morrison said he would be discussing with New Zealand Prime Minister Jacinda Ardern later on Friday.

The lockdown will last for six weeks following a surge in coronavirus cases linked to social distancing breaches in hotels where returned travellers were held in quarantine.

Victoria’s chief health officer warned there would be a sharp rise in hospitalisations, intensive care cases and deaths in the coming days as a result of the spike in infections.

“This is a challenging day. It may get worse before it gets better,” state premier Daniel Andrews told reporters.

In an effort to control the outbreak, Victoria also became the first state in the country to urge people to wear masks when they leave home.

To ease the pain for businesses in Melbourne forced to shut again and holiday spots hit by cancellations, the Victorian government on Friday said it would provide a further A$534 million ($371 million), on top of A$6 billion already provided.

“This is us saying: ‘We’re here with you all the way through what will be a very traumatic, a very distressing and a very difficult time for all Victorians,'” state Treasurer Tim Pallas said in a televised media conference.

The state, which makes up about a quarter of Australia’s economy, expects unemployment to peak at 11%, up from 6.9% now. Victoria’s economy is expected to shrink by 14% and take two to three years to recover, Pallas said.

Despite surging case numbers, Victoria has relaxed restrictions on most of the 3,000 people who were locked down in nine public-housing towers in Melbourne. One of the nine towers will remain in a hard lockdown for another eight days.

Even with the latest outbreak, Australia has done relatively well in controlling the novel coronavirus so far, with around 9,000 cases and 106 deaths.