The Times of Earth, International Edition
0
757 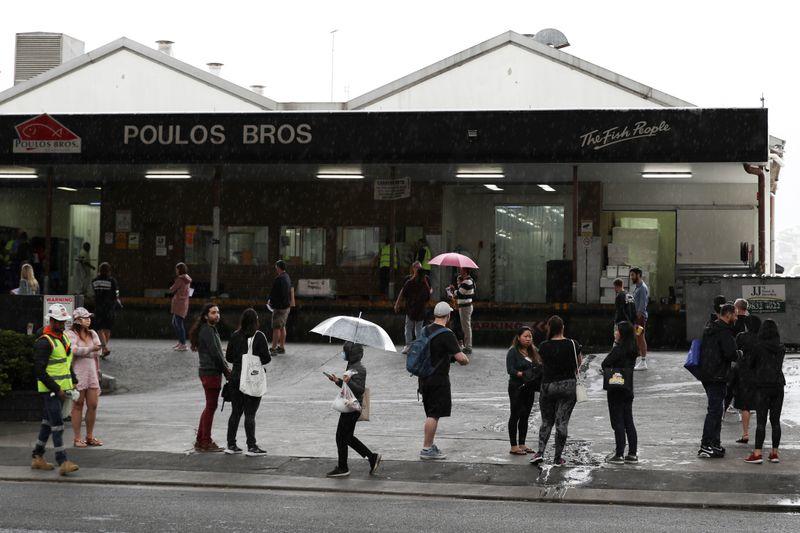 Outbreak of the coronavirus disease (COVID-19) in Sydney, Australia. REUTERS

Australia’s state of Victoria saw its highest increase in new coronavirus cases in weeks on Sunday and New South Wales state struggled with a cluster of infections at an aged care facility, as parts of the country began easing distancing rules.

Thirteen new cases were recorded in Victoria on Sunday, health officials said, with six of the cases related to an infections cluster at a meat processing facility in Melbourne.

“What I’m worried about is the unknown unknowns,” Victoria’s Health Minister Jenny Mikakos said at a televised briefing, urging more people to get tested.

“We want to make sure that if we have cases that are positive in the community we can identify those individuals… this is how we are going to defeat the virus.”

In New South Wales there were four new cases, two of which were recorded at the Newmarch aged care facility in Sydney, where more than 60 people have been infected and 14 have died.

Australia and neighbouring New Zealand, which have closed borders and imposed lockdowns and tight social restrictions, have been hailed for containing COVID-19 outbreaks, but the measures are set to push both economies into recession.

Australia’s success in suppressing the virus has led to some states and territories allowing for more outdoor activities and public gatherings earlier than planned.

Many national parks have reopened in the state of Queensland and people were allowed to go on small picnics, while the Northern Territory has started lifting restrictions with the aim of ending them by June.

New South Wales has allowed visiting the homes of friends or neighbours, but in groups no larger than two, and form next weekend, for the first time in six weeks, real estate agents will be allowed to hold traditional property inspections and on-site auctions.

The easing, however, has been gradual and varied across Australia, a country of a loose federal system.

Victoria, the second most populous state, was set to keep its strict rules at least until a state of emergency expires on May 11. Mikakos said that possible relaxation of rules after that date will depend on the number of daily infections.

Over the past week Australia recorded an average of only 13 new cases a day, according to the health ministry, with the daily rate of infections well below 1%, a fraction of what has been seen in many other countries.

There were 6,783 confirmed cases and 94 deaths in Australia as of late Saturday, according to health officials. Neighbouring New Zealand saw two new cases on Sunday, bringing the total to 1,136. Twenty people have died so far.

The Australian government, which is to meet on Friday to discuss relaxing social distancing rules on federal level, has hoped that its voluntary coronavirus tracing app, introduced last week, would help guide it when making the decisions.

As of Saturday, four million Australians downloaded the COVIDSafe app, the health ministry said. This is about 16% of the country’s population of 25 million and well below the government’s initial target of 40%.

Despite the government’s assurances that the app would not trace location and that the collected data will be accessed only by health officials with the users’ consent, people remained worried about the app’s security.

“As we all know, it is very important that as many people as possible download the app,” Deputy Chief Medical Officer Michael Kidd said on Saturday at a televised briefing.