The Times of Earth, International Edition
0
446 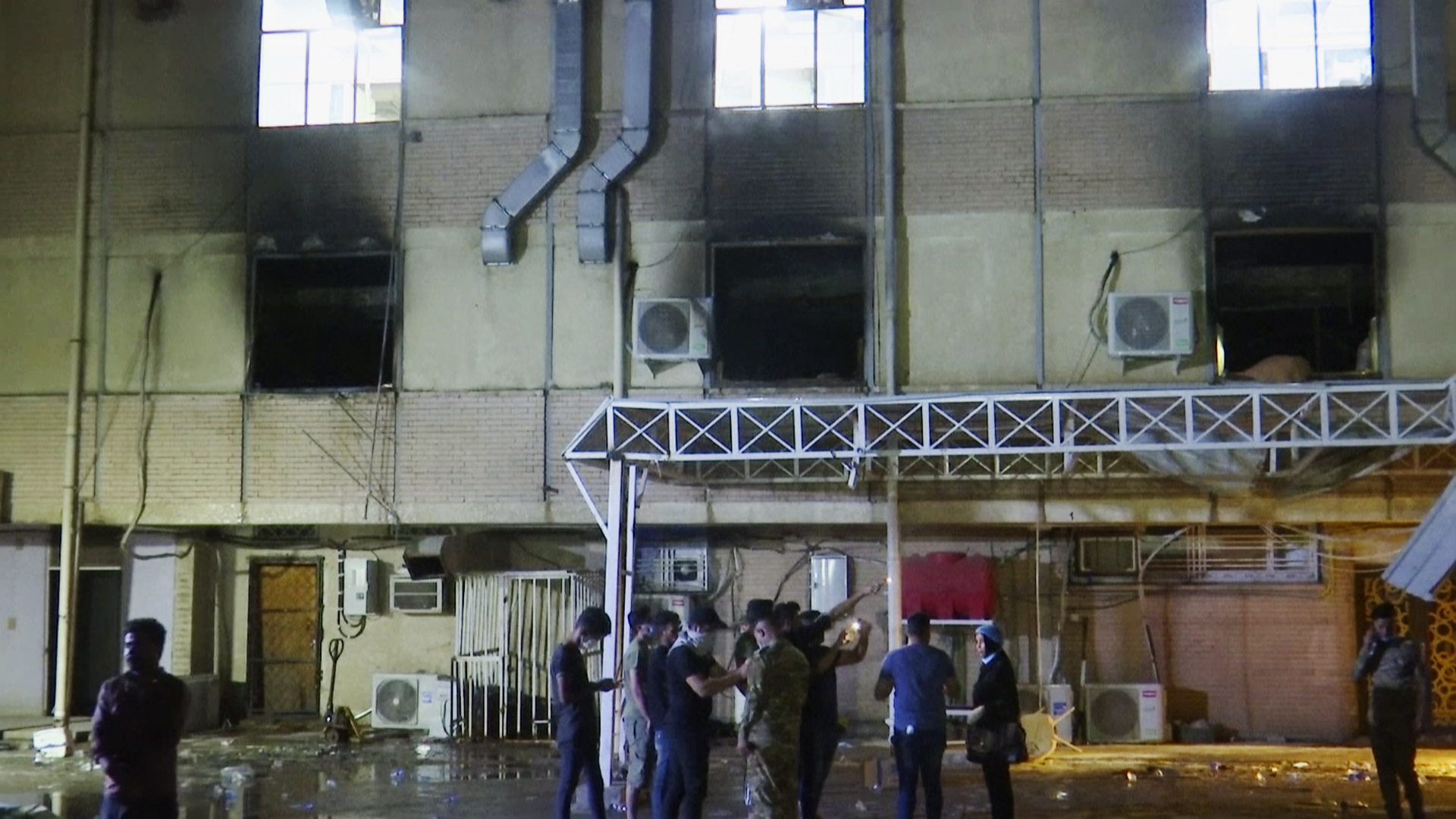 First responders work the scene of a fire at a hospital in Baghdad on April 24, 2021. (AP Photo/file)

At least 35 people have been killed in a fire at a COVID isolation ward in the southern Iraqi city of Nasiriya, a health official has said.

“The death toll from the fire that ripped through the COVID isolation ward in Nasiriya has reached 35, with five wounded, including two in critical condition,” Haydar al-Zamili, a spokesman for the local health authorities, told AFP news agency Monday.

“The victims died of burns and the search is continuing,” he added, noting fears there are many victims still trapped inside the building.

Sixteen people have been rescued so far, a medical source said late Monday.

The fire was still ongoing, according to an AFP correspondent.

Earlier on Monday, a minor fire broke out at the health ministry’s headquarters in Baghdad, but it was quickly contained with no fatalities recorded.

The blaze at the hospital is the second such tragedy this year.

In April, a fire at a Baghdad COVID-19 hospital killed 82 and injured 110, sparked by the explosion of badly stored oxygen cylinders.

Many of the victims were on respirators being treated for COVID-19 and were burned or suffocated in the resulting inferno that spread rapidly through the hospital, where dozens of relatives were visiting patients in the intensive care unit.

The then health minister, Hassan al-Tamimi, resigned after the April fire.

Iraq – where the oil-reliant economy is still recovering from decades of war and insurgency and many people live in poverty – has recorded over 1.4 million COVID-19 cases and more than 17,000 deaths.