At least 17 dead after explosion in Ghana mining region 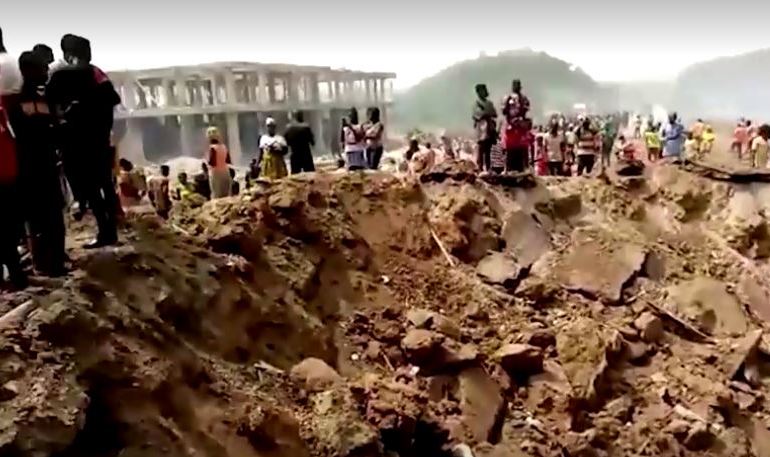 At least 17 people were killed and 59 injured in an explosion in western Ghana when a truck carrying explosives to a gold mine collided with a motorcycle, the minister for lands and natural resources, Samuel Jinapor, said on Friday.

The blast occurred on Thursday in Apiate between the towns of Bogoso and Bawdie, about 140 kilometres (87 miles) from the Chirano gold mine, run by Toronto-based Kinross (K.TO). The truck carrying explosives was owned by a company called Maxam. read more

Hundreds of buildings were destroyed, according to an official at the National Disaster Management Organisation, and unverified images on social media showed a large, smouldering crater at the epicentre of the blast.

The Ministry of Lands and Natural Resources is investigating what caused the accident and whether the regulations covering transportation of explosives were complied with, it said in a statement.

Relief efforts are underway for stranded community members and people in critical condition are being evacuated to medical facilities in capital Accra, said the information minister.

Tongans deafened by volcanic blast as they fled for safety

Germany wants to attract 400,000 skilled workers from abroad each year