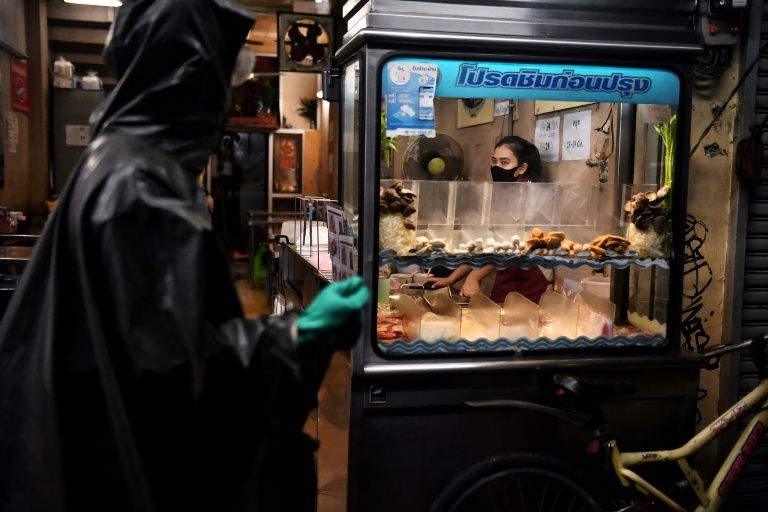 From Australia’s Bondi Beach to the streets of New Delhi, authorities across Asia ramped up efforts this weekend to stem the coronavirus amid fears of a second wave of infections in places where outbreaks had appeared under control.

Tighter travel restrictions were imposed in several countries while Malaysia deployed its army to enforce a lockdown as the number of cases in the region soared past 95,000 — a third of the world’s infections, an AFP tally shows.

Outside China — where the virus was first detected in December and infected more than 80,000 people — South Korea is the hardest-hit country in Asia with over 8,500 cases.

While the number of infections in China has been falling for weeks, other countries are seeing the toll gather pace as the highly contagious virus takes hold.

Cases rose by roughly a third in Thailand overnight to nearly 600, fueling scepticism about claims in neighbouring Myanmar and Laos of zero infections.

Most cases are in the capital of Jakarta where businesses have been ordered to close for two weeks.

After shutting its borders to foreigners and non-residents, Australia has told citizens to cancel their domestic travel plans too as the number of cases topped 1,300.

Bondi Beach and several other popular swimming spots were shut to the public after crowds of sunbathers defied a ban on large outdoor gatherings.

Pubs, casinos, cinemas and places of worship will be shuttered for up to six months from Monday.

Pakistan suspended international flights in a desperate bid to prevent the virus spreading in a country with more than 300 reported cases.

Millions of people in India were in lockdown Sunday as the government tests the country’s ability to fight the pandemic that has killed nearly 13,000 worldwide.

Testing also has been expanded in the country of 1.3 billion people amid concerns that the more than 320 reported cases vastly understate the true scale of the health crisis.

The World Health Organization has called for “aggressive” action in Southeast Asia amid fears a major outbreak of the virus could cause some decrepit health care systems in the region to collapse.

In places where outbreaks appeared to have been brought under control, authorities are now dealing with a second wave of infections as people return from abroad.

Singapore is banning all short-term visitors to the densely populated city-state after a surge of imported cases took its total to 432 — including its first two deaths on Saturday.

In Hong Kong, where the worst had appeared to be over, the number of cases has nearly doubled in the past week as more people fly back to the financial hub.

Infections in Malaysia hit 1,306 — more than half linked to an international Islamic gathering held last month, with attendees later returning to Singapore and Indonesia with the virus.

Prison guards opened fire on inmates in Sri Lanka’s north after they tried to break out in protest over a ban on family visits to prevent the spread of the virus.

Two convicts were killed and six others wounded.

Papua New Guinea, which has one confirmed infection, declared a 30-day state of emergency and halted domestic flights and public transport for two weeks.

Guam, which has 15 cases, confirmed a 68-year-old woman had died of COVID-19 — the first virus-related death in the Pacific.