The Times of Earth, International Edition
0
613 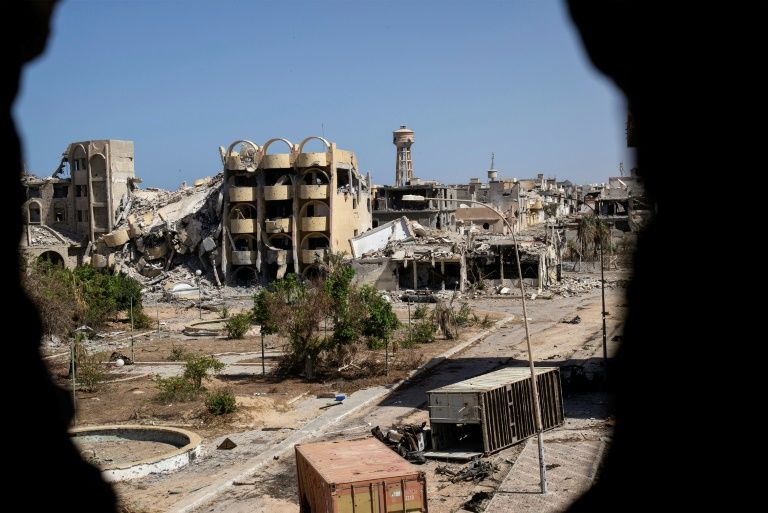 A view of Sirte, taken in 2016, as the last Islamic State fighters were routed from the eastern Libyan city by the UN-recognised Goverment of National Accord (AFP Photo/Fabio Bucciarelli)

The Arab League on Tuesday pressed Libya’s warring parties and their foreign backers to halt fighting and restart peace talks, as regional tensions threaten a new escalation in the oil-rich country’s years-long conflict.

Following an emergency meeting requested by Egypt, Arab League foreign ministers warned against a “continuation of military action that alters existing front lines.” The statement came as a coalition of Turkish-backed forces based in the capital, Tripoli, pushed toward the key coastal city of Sirte.

Over years of war, Libya has become divided between west and east, with the United Nations-supported government based in Tripoli, in the west. Rival military commander Khalifa Hifter is based in the eastern city of Benghazi.

Turkey has escalated its support in recent months for the Tripoli-based government, supplying armed drones, military experts and thousands of Syrian fighters to shore up its presence in the eastern Mediterranean. Its efforts have rattled its regional rivals, especially Egypt, which shares a long and porous desert border with Libya.

The refusal by Tripoli and the Turkish-backed forces to back down stirred fears of a wider war over the weekend, when Egyptian President Abdel Fattah el-Sissi called Sirte a “red line” and threatened to intervene directly on behalf of Hifter’s forces if the city came under attack.

“All of our forces are working hard at preparations for the operation to liberate Sirte,” said Mustafa al-Mujie, a spokesman for the Tripoli forces, on Tuesday. “We are sending reinforcements and expect the offensive to launch very soon.”

Tripoli forces have also vowed to capture al-Jufra, Hifter’s air base in central Libya, where the U.S. military has accused Russia of sending at least 14 fighter jets.

In recent months, Turkish-backed Tripoli militias have turned the war’s momentum against Hifter, compelling his forces to retreat from most of the territory they seized since starting their campaign to capture the capital in April last year. Hifter and his foreign backers, including Egypt, Russia and the United Arab Emirates, have pushed for a return to the negotiating table to stem their losses and head off a larger conflagration.

The Arab League ministers expressed “grave concern” over a military escalation that “threatens the security of the entire region,” and emphasized the need to “stop foreign interference, whatever its type or source.”

They appealed for an immediate return to U.N.-mediated cease-fire talks and for all foreign forces to be sent out of Libya — a daunting task in a country where thousands of mercenaries, mainly from Syria, have been deployed to both sides of the battlefield.