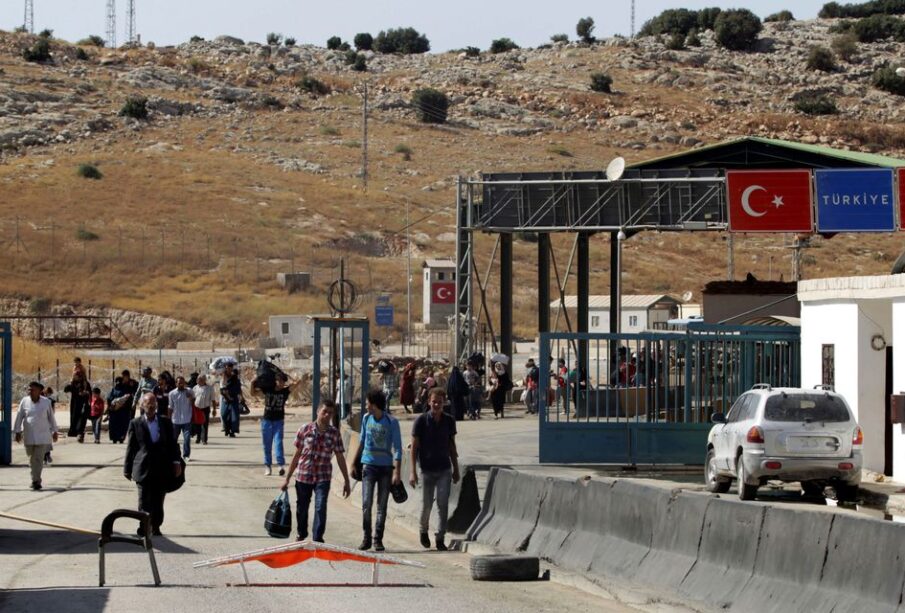 Syrians carry their belongings as they cross back into Syria at the Syrian-Turkish border crossing of Bab al-Hawa in Idlib province, Syria September 23, 2015. REUTERS/Khalil Ashawi/File Photo

Amnesty International said on Tuesday Syrian refugees who returned home were subjected to torture, detention and disappearance by security forces, urging governments to protect them from deportation and forcible return.

In a report titled “You’re going to your death” the London-based human rights group documented violations by intelligence officers against 66 returnees, including 13 children.

The report comes as pressure piles on Syrian refugees in some Western countries such as Denmark to go home.

“Any government claiming Syria is now safe is wilfully ignoring the horrific reality on the ground, leaving refugees once again fearing for their lives,” the report said.

Syria has denied refugees face indiscriminate torture and reprisals and President Bashar al-Assad has said millions of refugees were being forced to stay in host countries by “pressure or intimidation” and that host states were enticing them financially while benefiting from international aid for them.

Assad has all but crushed the insurgency against him regaining control of 70 pct of the country.

He secured a fourth term in office in a May election that the West has said was marked by fraud but the government saying it showed the country was functioning normally despite its decade long war.

Amnesty urged European governments and Turkey, Jordan and Lebanon to halt any practice that forces people to return.

“Military hostilities may have subsided, but the Syrian government’s propensity for egregious human rights violations has not,” it said.

Both the European Council and the European Parliament have issued declarations saying conditions are not in place for the safe and voluntary return of Syrian refugees.

Similarly, the United Nations’ refugee agency, UNHCR, has called on states not to forcibly return Syrian nationals to any part of Syria, even those areas controlled by the government, such as the capital region.

Syria’s conflict which started in 2011 as peaceful protests against Assad’s rule spiralled into a multi-sided conflict that killed hundreds of thousands and displaced millions.

It has fractured the Middle East country and drawn in foreign friends and enemies.