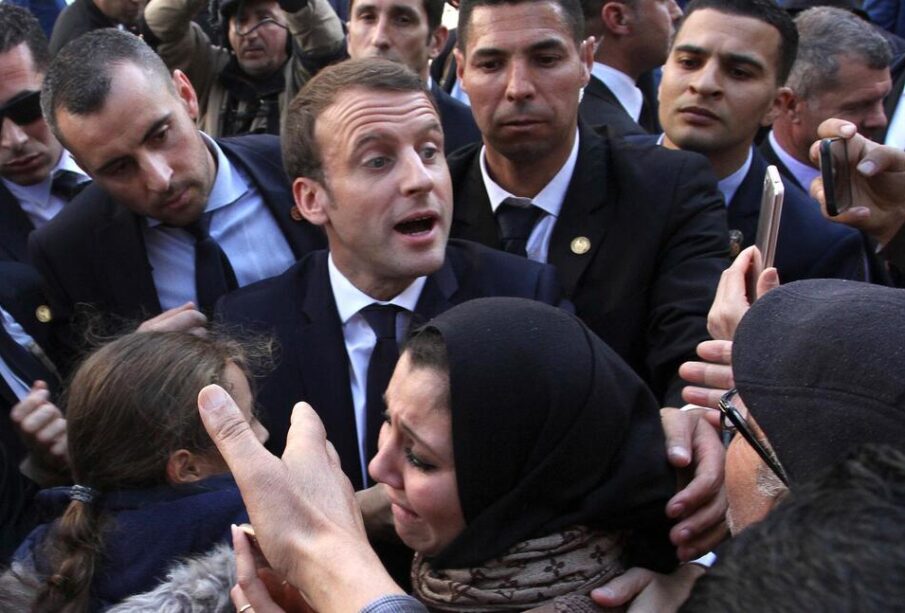 Algeria has accused its former colonial ruler France of “genocide” and announced the recall of its ambassador from Paris in anger over what it said were “inadmissible” comments attributed to French President Emmanuel Macron.

The sharp escalation in tensions also follows a French decision to slash the number of visas issued to people in North Africa — including Algeria — because governments there are refusing to take back migrants expelled from France.

The immediate recall of Algeria’s ambassador from France for “consultations” was announced Saturday evening in a statement from the Algerian presidency.

The statement said the recall was motivated by recent comments about Algeria that were attributed to Macron. The comments amounted to “inadmissible interference” in Algeria’s affairs and were “an intolerable affront” to Algerians who died fighting French colonialism, the Algerian presidency said.

“The crimes of colonial France in Algeria are innumerable and fit the strictest definitions of genocide,” its statement alleged.

French media reported that Macron spoke recently about Algeria’s post-colonial system of government and its attitudes to France. The newspaper Le Monde said Macron made the comments Thursday in a meeting at the presidential palace with French and Algerian grandchildren of former combatants in Algeria’s 1954-62 war of independence from France and people affected by the conflict’s aftermath.

In its report from the meeting, Le Monde said that Macron accused Algerian authorities of stoking hatred for France. The French leader also spoke about his government’s tightening of visas for North Africans, saying the visa reduction would target “people in the area of governance, who had a habit of asking for visas easily,” the newspaper reported.

French officials announced that the number of visas given to Algerians and Moroccans would be cut by half, and to Tunisians by 30%. The government said the decision responded to refusals from Algeria, Morocco and Tunisia to provide consular documents for their citizens being deported from France after arriving illegally. The three countries were part of France’s colonial empire, and many Europe-bound migrants and other visitors coming from those North African nations have family or other ties in France.

The Algerian presidency said in its statement that Macron’s remarks were “an intolerable affront to the memory of the 5,630,000 valiant martyrs who sacrificed their lives in their heroic resistance of the French colonial invasion.”

It added that “nothing and nobody can absolve the colonial powers of their crimes.”