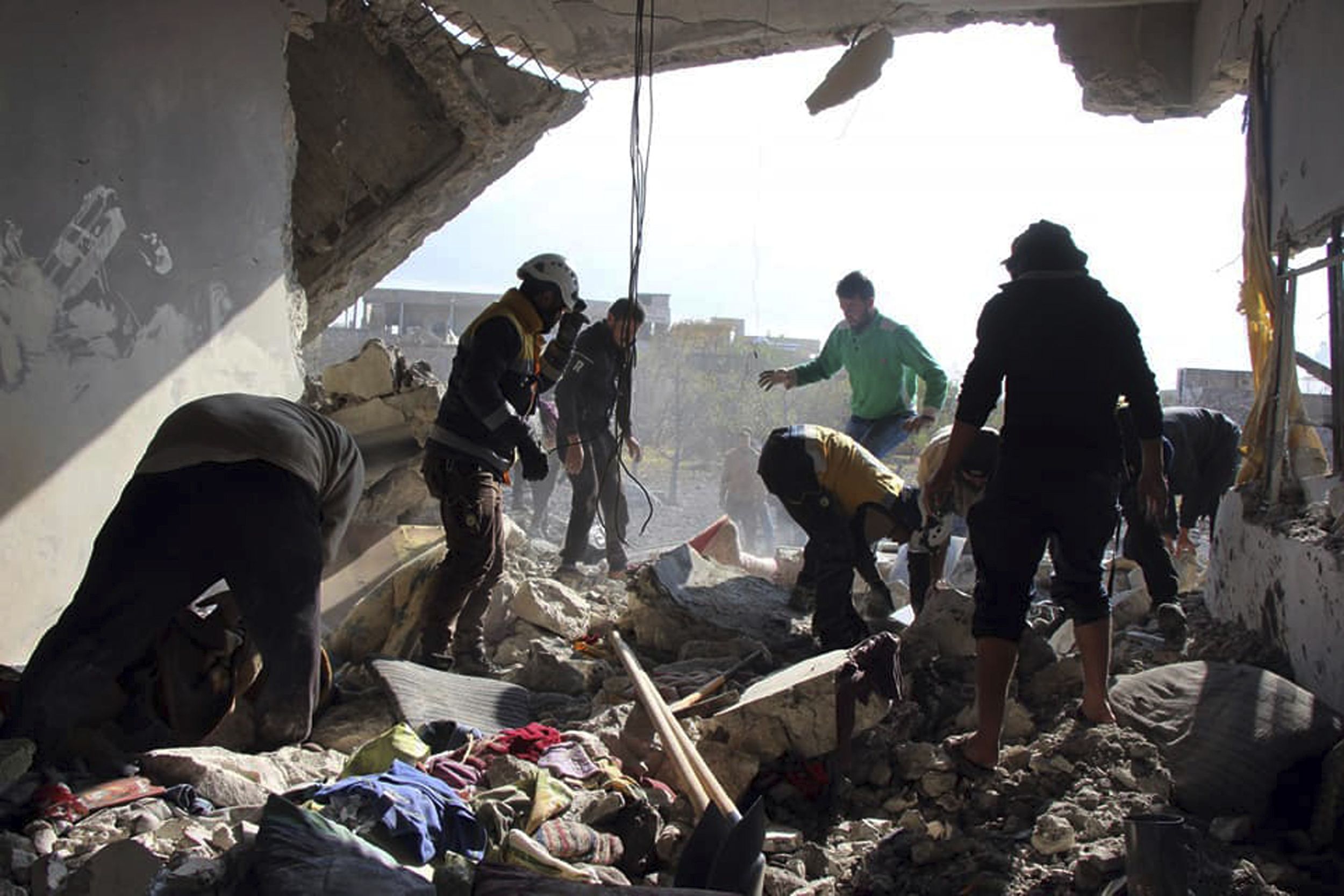 Airstrikes on areas in the last major rebel stronghold in northwest Syria killed at least 18 people, including women and children, and wounded others as a three-month truce crumbles, opposition activists said.

The airstrikes on Idlib province have intensified over the past few weeks as the government appears to be preparing for an offensive on rebel-held areas east of the province to secure the main highway that links the capital Damascus with the northern city of Aleppo, Syria’s largest and once a commercial center.

The Syrian Observatory for Human Rights said 20 people were killed in Idlib province while the opposition’s Syrian Civil Defense said on Saturday 18 lost their lives.

The largest number of casualties occurred in the village of Balyoun, where the Civil Defense said eight people were killed while the Observatory said nine died. Both groups also said that four people, including a child and two women, were killed in airstrikes on the rebel-held village of Bara.

Both groups also said that five others were killed in the village of Ibdeita. The Civil Defense said another child was killed in a nearby village in Idlib, while the Observatory said two more.

Conflicting casualty figures are common in the immediate aftermath of violence in Syria, where an eight-year conflict has killed about 400,000 people, wounded more than a million and displaced half the country’s prewar population.

Syrian troops launched a four-month offensive earlier this year on Idlib, which is dominated by al-Qaida-linked militants. The government offensive forced hundreds of thousands of civilians to flee their homes.

A fragile cease-fire halted the government advance in late August but has been repeatedly violated in recent weeks.