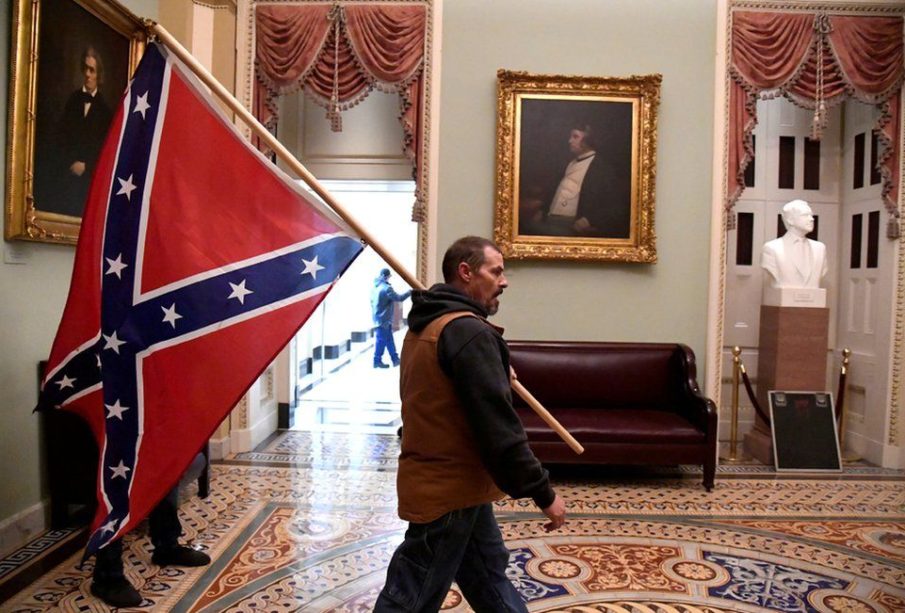 The top two Democrats in Congress on Thursday called for President Donald Trump to be removed from office, one day after his supporters stormed and vandalized the U.S. Capitol in a harrowing assault on American democracy.

With 13 days left in Trump’s term, House of Representatives Speaker Nancy Pelosi and Senate Democratic Leader Chuck Schumer both said Vice President Mike Pence should invoke the U.S. Constitution to remove him from office before then.

Absent that, they said Congress should move quickly to expel him through the impeachment process.

“We are in a very difficult place in our country as long as Donald Trump sits in the White House,” Pelosi said at a news conference.

Members of Trump’s Cabinet and allies of the Republican president have discussed invoking the 25th Amendment of the U.S. Constitution which allows them to remove a president who is unable to discharge the powers and duties of his office, a source familiar with the situation said, though another source said that was unlikely.

Congress formally certified Democratic President-elect Joe Biden’s election victory early on Thursday, after they were forced into hiding by hundreds of rioters who overwhelmed police and invaded the building. More than half of House Republicans and eight senators voted to challenge the election results.

During the proceedings, Pelosi pulled Pence off the House floor to talk.

Biden blamed the president for the attack but declined to say whether he should remain in office.

“He unleashed an all-out assault on the institutions of our democracy from the outset. And yesterday was but the culmination of that unrelenting attack,” he said at a news conference.

CALLS FOR TRUMP TO LEAVE

Dozens of Democrats have called for Trump to be removed through the 25th Amendment or impeachment.

Democrats’ drive to remove Trump through impeachment fell short in February 2020, when the Republican-led Senate voted to acquit him on charges of abuse of power and obstructing Congress after Trump pressured Ukraine to investigate Biden.

Trump pledged in an early-morning statement an “orderly transition” ahead of Biden’s inauguration, in part to prevent more staffers from leaving. Yet Trump has stood by the false charge the election was stolen from him.

Trump has not condemned the extraordinary violence that unfolded after he encouraged supporters on Wednesday to march to the Capitol, despite pleas from senior members of his administration.

Trump has increasingly isolated himself in the White House, relying on a small group of diehard loyalists and lashing out at Pence and others who dare to cross him, four sources said.

On Capitol Hill, new fencing was being installed around the Capitol ahead of Biden’s inauguration.

The assault on the Capitol was the culmination of months of divisive and escalating rhetoric by Trump and his allies around the Nov. 3 election, with the president repeatedly making false claims that the vote was rigged and urging his supporters to help him overturn his loss.

Rioters broke windows and besieged the House chamber while lawmakers were inside, banging on its doors. Security officers piled furniture against the chamber’s door and drew their pistols before helping lawmakers and others escape.

The FBI asked the public for tips identifying people involved in the mayhem in which four people died.

The Senate and the House rejected two objections by Republican lawmakers to the tally and certified the final Electoral College count, with Biden receiving 306 votes and Trump 232 votes.

Election officials of both parties and independent observers have said there was no significant fraud in the election. Biden received 7 million more votes than Trump in the national popular vote.