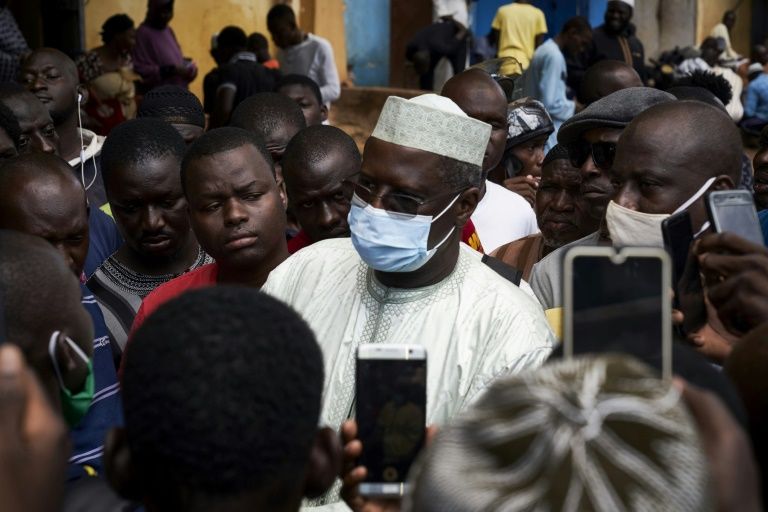 Mali’s president and the protest movement calling for his resignation were weighing their options on Tuesday after days of violent unrest, as the international community quietly worked to defuse the crisis in the vulnerable African country.

The capital Bamako slowly returned to normal after at least 11 people were killed in demonstrations where witnesses said security forces fired live rounds during clashes with protesters.

President Ibrahim Boubacar Keita has faced a wave of protests sparked by a contested parliamentary election, but whose underlying causes include discontent over his handling of the West African country’s jihadist insurgency.

For the first time since Friday, two of Bamako’s three main bridges — major choke points that protesters had targeted — were reopened and traffic was flowing smoothly.

Security forces were deployed along crucial arteries through the city.

“There was no problem,” said Aicha Noutoume, 34, a pharmacist working near the Martyrs Bridge.

Calm has also returned to the Badalabougou neighbourhood, the stronghold of influential imam Mahmoud Dicko who has emerged as a leader of the protest movement, and the scene of clashes between civilians and security forces on Saturday night.

Badalabougou was just one of the hotbeds of violence that seized various neighbourhoods on Friday, the culmination of a crisis that has alarmed international allies and neighbours that fear the demonstrations could further destabilise the country, one of the poorest in the world.

The demonstrations are being driven by a disparate group of religious leaders, political and civil society members that calls itself the June 5 movement.

It has been urging Keita to resign since June, among other requests.

A rally on Friday turned violent after protesters blocked bridges, stormed the premises of the state broadcaster and attacked the parliament building. There were further protests on Saturday.

After the worst civil unrest the country has seen in years, each side has been left facing decisions with far-reaching consequences.

The president has tried to soothe tensions, offering a “consensus government of national unity” and fresh elections in constituencies whose provisional results in the March-April parliamentary elections were annulled by the constitutional court.

The move allowed several members of Keita’s party to be elected, and is seen as the initial spark to the latest unrest. Keita has also offered the dissolution of the constitutional court.

But the June 5 movement has rejected his attempts, insisting that he step down.

In another apparent bid to appease the opposition, authorities on Monday night freed all June 5 figures who had been arrested during the protests.

However it appears unlikely that the president will accede to the long list of demands, which include the dissolution of parliament and the formation of a transitional government with a prime minister appointed by the movement — let alone Keita’s resignation.

The June 5 movement must make choices too, now that its leaders have regained freedom.

There has been no sign of willingness to compromise so far.

The international community has been trying to defuse the crisis. On Sunday night, representatives of the United Nations, the European Union, the African Union and West African bloc ECOWAS urged Mali to pursue political dialogue.

Condemning “any form of violence as a means of crisis resolution”, they attacked the use of lethal force by the security forces.

They also voiced support for proposals put forward by ECOWAS, the 15-nation Economic Community of West African States of which Mali is a member.

Members of these organisations met on Monday with figures from the June 5 movement.

“They told us that they had been instrumental in the release of the arrested leaders and asked us for paths out of the crisis,” a leader of the movement, Bassy Diarra, told AFP, adding that they would be meeting again on Tuesday.

Anguish and anger in Serbia as virus returns with a vengeance