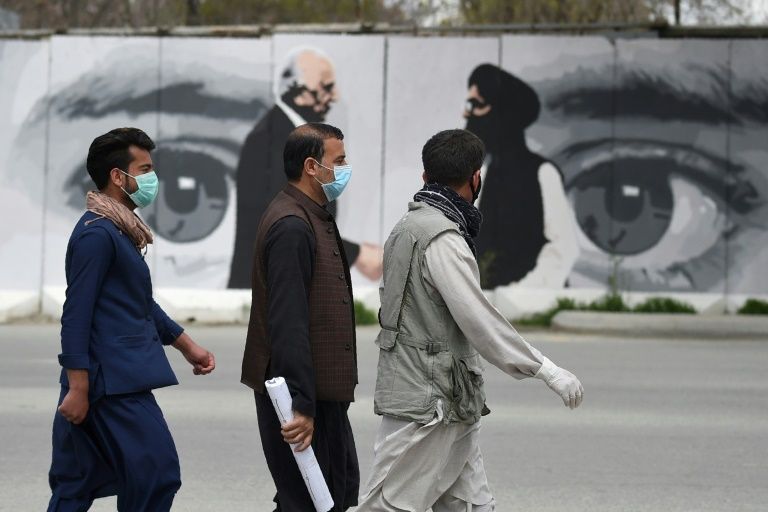 Washington signed a key deal with the Taliban in February that promised the withdrawal of US and foreign troops from Afghanistan by next summer, provided the militants start talks with Kabul and adhere to other guarantees, including a prisoner exchange (AFP Photo/WAKIL KOHSAR)

The Taliban announced Sunday it will be releasing 20 Afghan government prisoners the group has been holding, in the first phase of its commitment under its historic peace deal with the United States.

The deal calls for the government to release 5,000 Taliban prisoners in exchange for 1,000 government officials held by the Taliban insurgents.

Suhial Shaheen, a spokesman for the Taliban’s political office, said in a tweet that the first government prisoners will be handed over to the International Committee of the Red Cross in the southern Kandahar province.-

The exchanges come after the Taliban met with the head of U.S. forces in Afghanistan to call for an end to what they say is an increase in American attacks since a peace deal was signed in February, allegations the U.S. military denied.

On Saturday, a U.S. military spokesman called on the Taliban to stop attacking Afghan security forces whom he said American troops would continue to come to their aid in accordance with the agreement. He spoke on condition of anonymity in line with regulations.

The peace deal is aimed at paving the way for the U.S. to extricate itself from the 19-year war, America’s longest.

The spokesman confirmed that Gen. Scott Miller met with the Taliban “as part of the military channel established in the agreement” to discuss ways to reduce the violence.

According to the Taliban’s Shaheen, the meeting was held late Friday in the Gulf nation of Qatar, where the insurgent group maintains a political office. Shaheen tweeted that the two sides held “serious” discussions. He said the Taliban called for a halt to attacks against civilians. The U.S. military says it does not target non-combatants.

At the meeting with Miller, the Taliban accused the U.S. of bombing its insurgents in their homes, contrary to the U.S.-Taliban peace deal.

The State Department tweeted: “As the world gets slammed by COVID-19, with devastating economic consequences for all, donors are frustrated and fed up by personal agendas being advanced ahead of the welfare of the Afghan people.”

Afghanistan has imposed a lockdown in several cities to curb the spread of the new virus and has so far recorded 607 confirmed cases and 19 deaths.