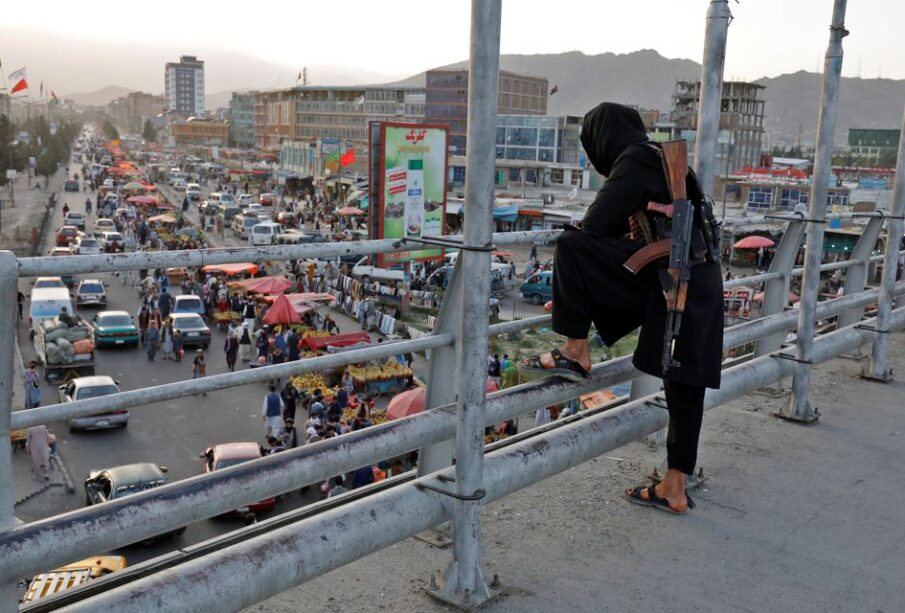 The Taliban marked a year in power on Monday with small-scale celebrations by the group’s fighters as Afghanistan struggles with rising poverty, drought, malnutrition and fading hope among women that they will have a decisive role in the country’s future.

Some people fired celebratory gunshots in the air in Kabul and Taliban fighters gathered, waving the group’s black and white flag to mark a year since they marched into the capital after a stunning series of battlefield victories.

“This day is the day of the victory of truth over falsehood and the day of salvation and freedom of the Afghan nation,” said Taliban spokesperson Zabihullah Mujahid in a statement.

The country is safer than it was when the hardline Islamist movement was fighting against U.S.-led foreign forces and their Afghan allies, although a local offshoot of Islamic State has carried out several attacks.

Yet that relative security cannot mask the scale of the challenge the Taliban face in setting Afghanistan on a path of economic growth and stability. There are huge pressures on the economy, caused in large part by the country’s isolation as foreign governments refuse to recognise its rulers.

Development aid upon which the country relied so heavily has been cut as the international community demands that the Taliban respect the rights of Afghans, particularly girls and women whose access to work and education has been curtailed.

The Taliban is demanding that $9 billion in central bank reserves held overseas be returned, but talks with the United States face hurdles, including the U.S. demands that a Taliban leader subject to sanctions step down from his position as second in command at the bank.

The Taliban refuse to cede to these demands, saying that they respect all Afghans’ rights within the framework of their interpretation of Islamic law.

And until there is a major shift in either side’s position, there is no immediate fix in sight for spiralling prices, rising joblessness and hunger that would get worse as winter sets in.

“We are all heading to darkness and misfortune,” said Amena Arezo, a doctor from southeastern Ghazni province. “People have no future, especially women.”

OVER HALF IN POVERTY

Roughly 25 million Afghans are now living in poverty – well over half the population and the United Nations estimates that up to 900,000 jobs could be lost this year as the economy stalls.

Fatima, who lives in Herat province in the west of the country, said she had noticed improved security during the past year, but noted with dismay that schools for girls had closed and there was a lack of job opportunities for women.

Like many Afghans, she asked that only her first name be used for fear of reprisal.

Jawed, from southern Helmand province, which saw heavy fighting in the past, said security had improved dramatically since the Taliban returned to power 20 years after they were ousted by U.S.-backed forced, but also noted rampant inflation.

The last time the Taliban ruled Afghanistan in the late 1990s, women could not work, girls were banned from school and strict Islamic law was brutally enforced, including through public executions.

Civil society and independent media have also shrunk, with many of its members leaving the country. The U.N.’s mission to Afghanistan said in a recent review the group was limiting dissent by arresting journalists, activists and protesters.

A Taliban spokesman had rejected the U.N.’s report and said arbitrary arrests were not allowed.

The country’s administration continues to be considered a caretaker government or ‘de facto’ authority with acting ministers, whose decisions can be overturned by the group’s supreme spiritual leader, based in the southern city of Kandahar.

Some constitutional and legal experts say that it is not always clear how the legal and moral Islamic code of Sharia will be interpreted and applied in practice.

“The most obvious problem is there is no uniformity of law,” said Zalmai Nishat, an Afghan constitutional expert who previously worked as a government adviser.