The Times of Earth, International Edition
0
454 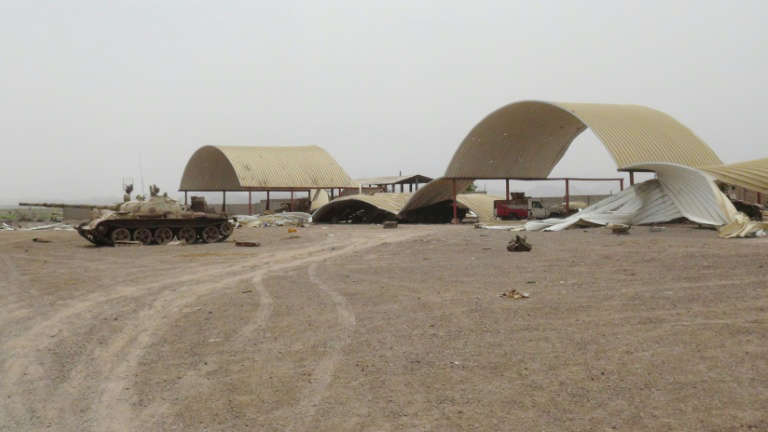 Damage at Al-Anad air base in southern Yemen's Lahj governorate in August 2015 after the key military base was retaken from Shiite Huthi fighters by pro-government forces. AFP

Medics said they received seven bodies and treated more than 50 people injured in the attack on Al-Anad air base in the government-held southern province of Lahij.

The internationally-recognised government — backed by a Saudi-led military coalition — and the Iran-allied Huthi rebels have been locked in war since 2014, when the insurgents seized the capital Sanaa.

A local pro-government official, who spoke on condition of anonymity, confirmed fatalities.

There was no immediate comment from the rebel side.

In 2019, the Huthis said they launched a drone strike on Al-Anad during a military parade, with medics and government sources saying at the time at least six loyalists were killed — including a high-ranking intelligence official.

Al-Anad, some 60 kilometres (40 miles) north of Yemen’s second city Aden, was the headquarters for US troops overseeing a long-running drone war against Al-Qaeda until March 2014 when it was overrun by the Huthi rebels.

It was recaptured by government forces in August 2015 as they recovered territory from the rebels across the south with support from the Saudi-led coalition.