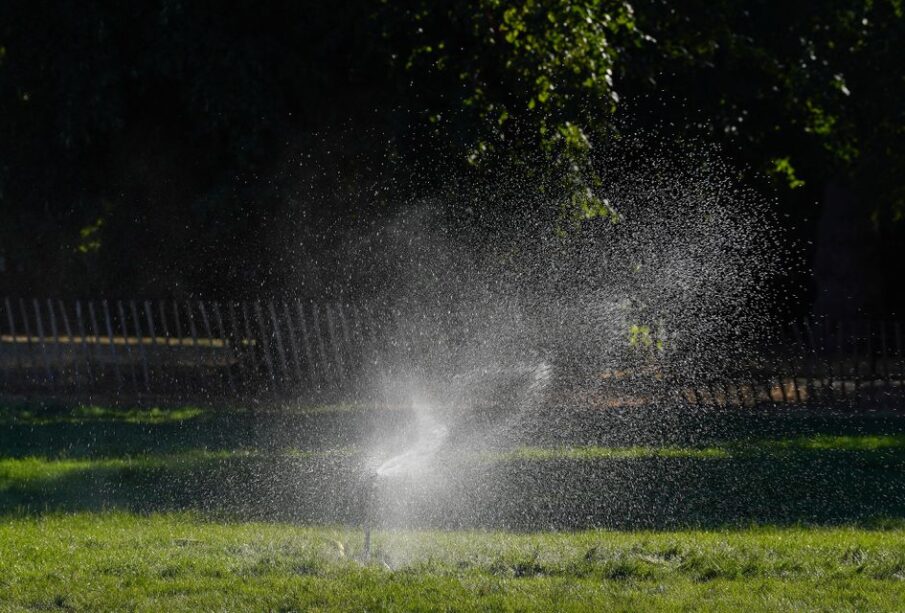 Water is sprayed from a sprinkler to keep the grass green in Greenwich Park, as the hot weather continues, in London, Britain August 10, 2022. REUTERS/Maja Smiejkowska

Drought conditions have turned some of Europe’s most famous city parks into parched plains of bleached grass and dried vegetation that offer little respite from the searing temperatures.

In Paris, the bone-dry Bois de Boulogne was near deserted, and only a handful of tourists lingered around the fountains at the Champ de Mars underneath the Eiffel Tower.

London’s Greenwich Park was also empty under a blistering sun and cloudless sky on Friday, while there were few visitors in Berlin’s equally parched-looking Tiergarten.

Much of Europe is suffering a heatwave that has seen Britain declare a drought in parts of England, sparked massive wildfires and depleted water levels in rivers across the continent.

Ukraine, Russia blame each other for nuclear plant shelling