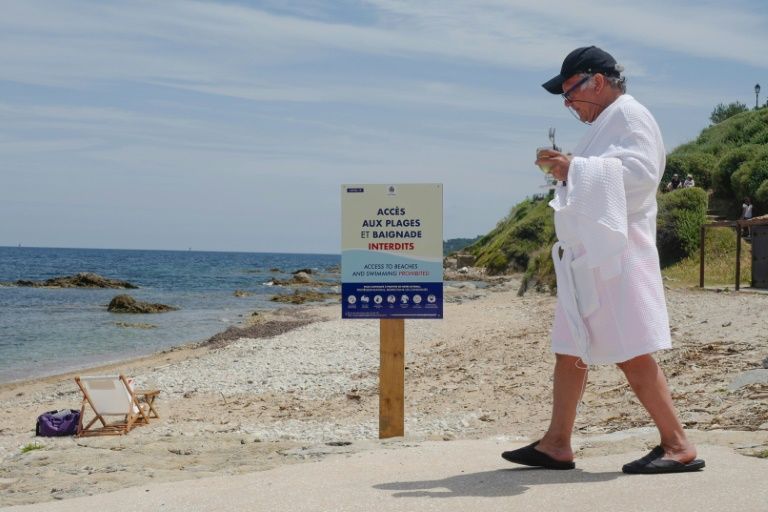 The global death toll from the coronavirus topped 375,000 on Tuesday as the disease continued to tear through Latin America, but in Europe the return to normality gathered pace with the French heading back to their beloved cafes and restaurants.

Healthcare systems across Latin America risk being overwhelmed by the illness, the World Health Organization said, as fatalities from the disease in hard-hit Brazil neared 30,000.

The warning from the global health body came as a sister UN agency issued new guidelines for pandemic-hit airlines that reveal what flying might look like when passenger planes take to the skies again in earnest.

The march of the illness across the Americas comes as other parts of the world return to relative normality after weeks of restrictions on daily life that have wrecked economies and left millions jobless.

Schools, swimming pools, pubs and tourist sites have begun to open again in Europe as the continent continues easing lockdowns despite the threat of a second wave of infections.

The pandemic has now infected at least 6.2 million since erupting in China in late 2019.

Four of the 10 countries across the globe with the greatest number of new coronavirus infections on Monday were in Latin America, WHO emergencies director Michael Ryan said.

Brazil, Peru, Chile and Mexico are suffering the highest daily increases, but numbers are also on the rise in Argentina, Bolivia, Colombia and Haiti.

The region has logged one million cases and recorded more than 50,000 deaths, with Brazil accounting for more than half of those cases and close to 60 percent of the fatalities.

The mayor of Rio de Janeiro said Monday, however, that the popular tourist city would start gradually easing lockdown measures from Tuesday, beginning with the re-opening of places of worship, and water sports.

Mexico also began re-opening on Monday, reactivating the automotive industry, mining and construction even as the country recorded more than 10,000 virus deaths.

Ryan warned that the region faces a tough battle in the weeks ahead.

“I don’t believe we have reached the peak in that transmission and, at this point, I cannot predict when we will,” he said.

In Europe however, countries have started to emerge from lockdowns — cautiously adopting a post-pandemic version of normal.

Bars resumed service in Finland and Norway — with social distancing restrictions or shortened hours in place — while some schools in Britain and Greece opened their doors.

“We are starting to see a light at the end of the tunnel,” said Mario Warner, owner of a nearby clothing store that has been given the green light to open in two weeks.

Greece opened some hotels, schools, pools and tattoo parlours, while Italy re-opened the Colosseum, although only to Italians.

There was also good news from Spain, which on Monday recorded its first 24-hour period without a COVID-19 death since March 3.

France registered 31 deaths over the last 24 hours and on Tuesday re-opened cafes, restaurants and bistros that have been closed since its lockdown began in mid-March.

The unshackling of eateries came as finance minister Bruno Le Maire said the French economy is set to shrink 11 percent this year, a contraction he called a “brutal” shock.

Much of East Asia, meanwhile, has seen infections slow to a trickle in recent weeks, but restrictions on mass gatherings remain.

Hong Kong’s annual candlelight vigil for those killed in China’s 1989 Tiananmen Square crackdown has been banned for the first time due to COVID-19 concerns.

And in New Zealand Prime Minister Jacinda Ardern criticised Black Lives Matter protesters for flouting social distancing rules when the country is on the verge of eliminating the virus.

Pupils wearing face masks returned to schools in Singapore and some workplaces re-opened as restrictions were eased Tuesday in the Asian city-state.

But there was alarm from Bangladesh, where an official said a 71-year-old became the first Rohingya refugee to die of the virus in camps for those fleeing Myanmar.

The man was among at least 29 Rohingya to test positive in the shelters, which are home to nearly one million people.

Businesses have been under immense pressure as lockdowns keep consumers and employees at home, with the global airline industry among the hardest hit after tourism dried up.

As the sector seeks to forge a future amid the continued threat from the virus, the International Civil Aviation Organization on Monday released a “framework” for assuring the safety of passengers and workers.

Travellers should be forced to present health certificates at airports and undergo temperature checks, the ICAO said.

There were also snippets of inspiration however among the reams of bad news.

Hundreds of bands took their music to the streets of Lithuania to lift people’s spirits as the Baltic nation allowed public gatherings again.

“Our orchestra is extremely happy to meet and make music again,” said Modestas Barkauskas, chief conductor of the St. Christopher Chamber Orchestra in the capital Vilnius.

“We want to share our joy with you because music is medicine for the soul.”

Spain ‘in a very good place’ with no Covid-19 deaths reported in ...