One child a minute being admitted for malnutrition treatment in Somalia: UNICEF 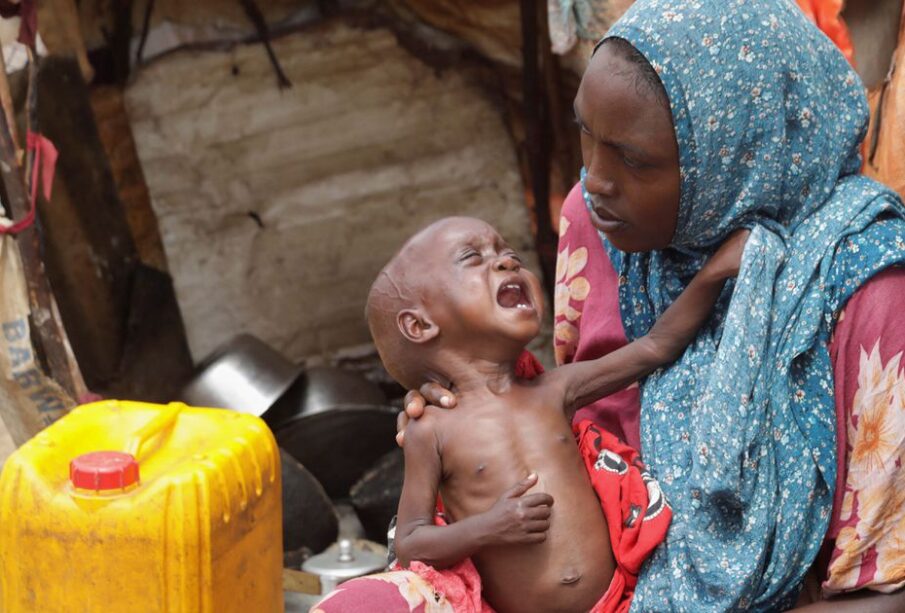 Amina Ali, a Somali woman affected by the worsening drought due to failed rain seasons, holds her child inside their makeshift shelter at the Alla Futo camp for internally displaced people in the outskirts of Mogadishu, Somalia September 23, 2022. REUTERS/Feisal Omar

One child is being admitted for medical treatment for malnutrition every minute in Somalia as severe drought threatens to cause the deaths of children on a scale not seen in half a century, a spokesperson for UNICEF said on Tuesday.

The situation in Somalia already looks worse now than in 2011, the spokesperson told a briefing in Geneva, when famine killed more than 250,000 people in the Horn of Africa country.

Russian commander says situation is ‘tense’ for his forces in Ukraine