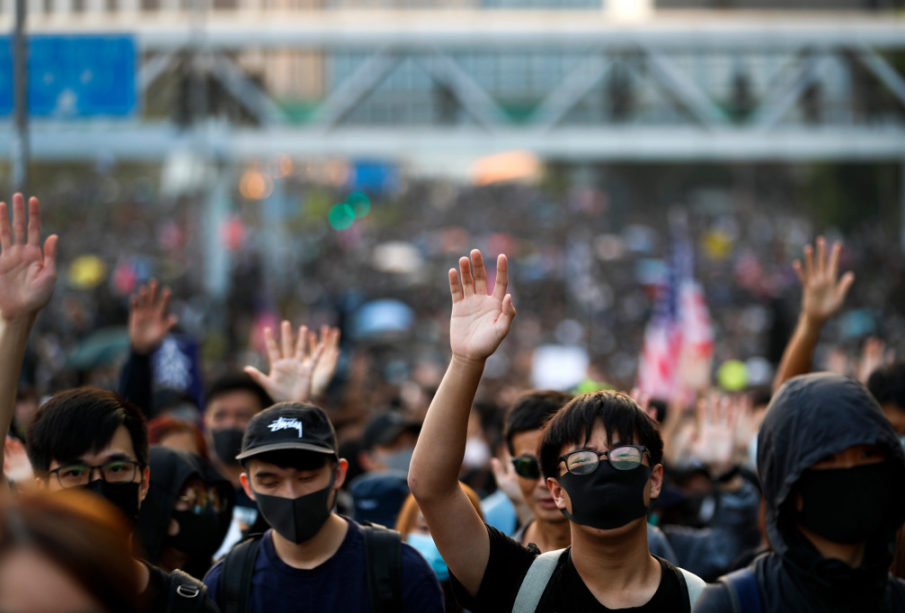 Hong Kong’s unrest started in June 2019. It was triggered by the plans to allow extradition to mainland China. Critics felt this could compromise judicial autonomy and jeopardise free-speech legacy.

Until 1997, Hong Kong was under the British rule as an overseas territory (effectively a colony), but then returned under the mainland China jurisdiction. Under the Deng’s “one country, two systems” arrangement, it has considerable autonomy, and Hongkongers (Mandarin: 香港人) enjoy comparatively more civic rights.

The controversial bill was finally withdrawn in September 2019. Under the slogan ‘too little too late’, the demonstrations continued, growing even larger. Protesters now demand full democracy and an independent inquiry into police actions.

Generational and Class struggle is back?

What still remains rather underreported are social and generational dimensions of the protests. Hence, it indeed feels to comment on some distorting interpretations and oversimplified views.

As an illustration, one can take reporting such as James A. Dorn’s columns (eg. “If protesters want to protect Hong Kong’s way of life, they must win the war of ideas”). This author is cited as a China specialist. Essentially, he is a senior fellow of the Cato Institute, a conservative think tank similar to The Heritage Foundation, which often declares Hong Kong the “world’s freest economy”, even though Hong Kong’s working class endures horrid living conditions here.

Authors like him allude to a “war of ideas” and do criticise socialism with Chinese characteristics, even though China has made tremendous economic progress and enjoyed political stability. One wonders why such views and opinions about Hong Kong or China should be considered or adopted.

China has not dictated how the US or other Western countries should run their economies or political systems, nor has it solicited advice from these free market theoreticians or think tanks. China has lifted at least half a billion people out of poverty, helping to alleviate poverty globally.

Another country which has done exceptionally well and which has not subscribed to neoliberal dogma but retains strong state control of the economy and political freedom is Singapore.

Hong Kong’s main problem is that the sacrosanct free market has become a political excuse for government non-interference, allowing tycoons and big businesses to freely game the system, gorge themselves on Hong Kong’s resources and create large wealth disparities that have contributed to our current social and political instability.

This neither alleviated the suffering of Hong Kong’s working class nor solved the housing problem. Rather it has allowed tycoons to profit. The city needs tax reform so that government revenue does not rely on land sales.

The policy of non-intervention has led to tycoons and big businesses privatising necessities like housing, health care, education and, through the Mandatory Provident Fund, retirement savings. This benefits the private sector at the expense of the public.

Driven by an unrestrained greed, someone wishing to monetise, gambles with our future. Simply, compare the Gini for Hong Kong of 1997 and of today, and see yourself.

Massive social costs to enrich few – Parasites among us

Nowhere in the world is housing as unaffordable and nowhere has it made property developers as wealthy. Allowing markets to set prices only reinforces the housing crisis, as does letting local and foreign investors buy up property despite the housing shortage. Another absurdity is calling for more free competition to break up the property cartel.

As professor Anis H. Bajrektarevic observed and compared: “… it seems that the narrative by which the ‘freedom’ obsessed and spoiled capitalist youth is fighting the big egalitarian communist apparatus is overly simplified and is, thus, short in capturing the truth… It is

closer to an outcry of excluded and pauperised youth – quite similar to the one on the streets of Europe, whose protests faded away years ago … [Well] educated but disfranchised youth that feels the generational warfare replaced the social welfare… The Hongkongers are not fighting against the egalitarian ideas or system. Quite to contrary, they are bitterly opposing social inequality and endemic generational exclusions. The very tomorrow of European society might be – prudently or violently – decided on the streets of Hong Kong.”

A low-tax regime mostly benefits the landlord class and big business. Hong Kong residents actually pay among the highest taxes in the world in the form of high rents and housing prices, yet they have scant social safety nets. A wealth tax and more progressive taxes should be imposed to generate government revenue, instead of relying on land sales.

Hong Kong needs the opposite of the free-market dogma, so we can have more humane living conditions and social stability. Or as a former Vice-chancellor of the Hong Kong University wonderfully captured: “Neither violence, nor Beijing, can fix City’s housing shortage and lack of a social safety net.”

Many Hongkongers have lost out due to economic changes, and many have deep-seated distrust of mainland China. The Hong Kong government must first address their social exclusions and financial insecurities, enhancing all-generational debate before it can work on fostering a sense of Chinese identity.

Wan T. Lee is a Hong Kong based scholar and researcher.

‘Culture for Peace’ for our Diplomacy of Tomorrows