The Times of Earth, International Edition
0
142 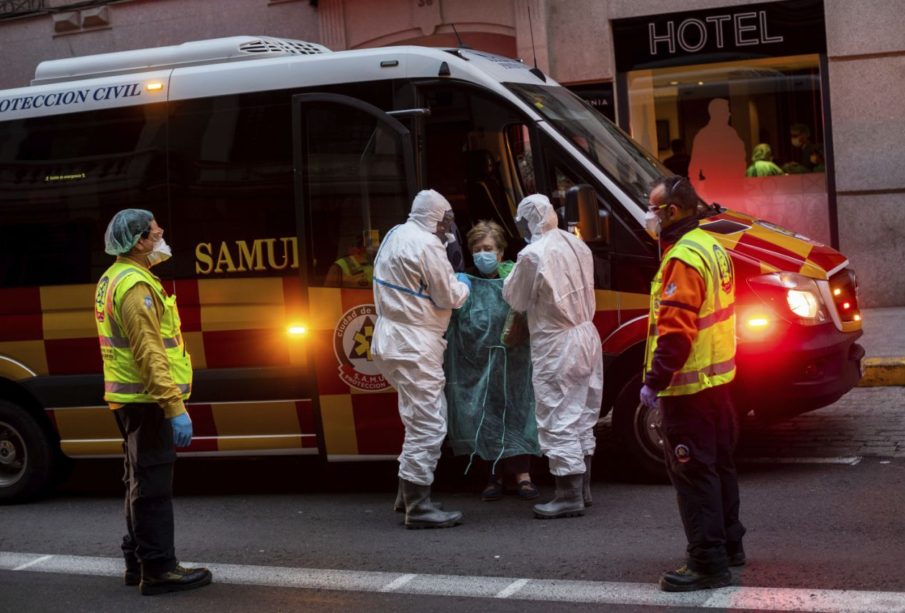 Spain registered 738 fatalities from the coronavirus over the past 24 hours in the steepest increase of the death toll since the epidemic hit the country, the health ministry reported on Wednesday.

Spain’s coronavirus death toll has surpassed China’s and is now only second to Italy’s fatalities.

In total 3,434 people have died from COVID-19 in Spain, the health ministry reported on Wednesday.

It recorded 738 deaths in 24 hours, which is the most casualties it has had in a single day since the outbreak started.

Italy is the country most affected by the pandemic, with 6,820 people dying from the disease.

On Tuesday, Nurses and doctors demanded action after Spain reported its sharpest daily increase in coronavirus cases and said about 14% of the nearly 40,000 infections were among health workers.

Nursing union SATSE said Madrid’s hospitals were on “the verge of collapse” and needed urgent support, while a doctors’ union said it had filed a lawsuit demanding protective equipment within 24 hours.

The capital’s Palacio de Hielo mall, home to an Olympic-sized ice rink, began operating as a makeshift mortuary after authorities said facilities were unable to cope.

He said pressure on intensive-care units would continue even after transmission of the virus among the general population had peaked.

Madrid’s AMYTS doctors’ union said it had filed a lawsuit to force the regional health authority to deliver scrubs, masks and goggles to hospitals and other health centres. A spokesman for the authority declined to comment.