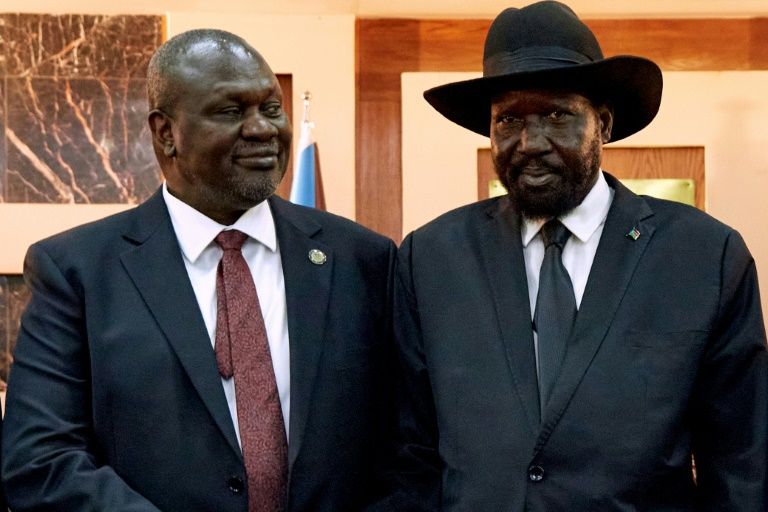 South Sudan’s main rivals on Wednesday sealed a deal on control of the country’s 10 internal states, an issue seen as the biggest threat to peace since a unity government was formed in February.

President Salva Kiir and former rebel leader and now vice president Riek Machar, whose 2013 fallout sparked a civil war, had been at loggerheads over the allocation of states, especially those producing oil, the country’s main earner.

Last week the governments of Britain, Norway and the United States issued a statement urging them to agree on the appointment of governments as violence soared in recent weeks in the “vacuum created by the lack of governance”.

Minister in the Office of President Nhial Deng Nhial told journalists that Kiir’s camp had been allocated six states, including the oil-rich Unity State and Central Equatoria, which includes the capital Juba.

Machar will take three states, including the largest oil-producing area, the Upper Nile state, while a third signatory to the peace deal, the South Sudan Opposition Alliance, will take Jonglei state.

“With this development a fresh impetus has been given for the process for the implementation of the agreement,” said Nhial.

“We are very hopeful that with this development, the road is now paved to further positive developments that we hope will be carried out expeditiously.”

In September 2018 the warring parties signed an agreement to form a unity government, which would see Machar return to government as vice president, after previous attempts at ruling together only led to disaster.

“In Jonglei, the vacuum created by the lack of governance has exacerbated cycles of intercommunal violence,” said the statement, while in Central Equatoria a ceasefire between the government and rebels who did not sign the peace deal broke down and fresh fighting erupted.

During the first three months of 2020, 658 people were killed in intercommunal violence in the country, while 452 were injured, the UN rights office said last month.