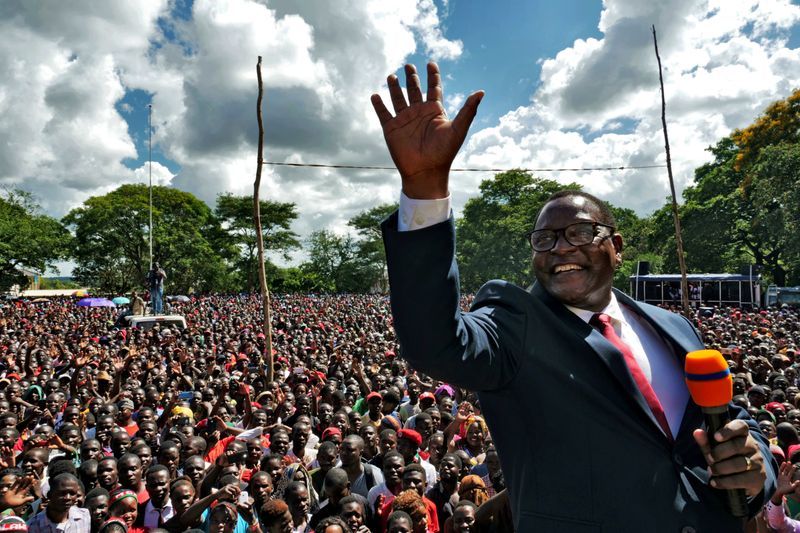 Malawi’s opposition leader Lazarus Chakwera on Saturday was declared the winner of a re-run presidential election, a dramatic reversal of incumbent Peter Mutharika’s discredited win 13 months earlier in a process that analysts viewed as a triumph for democracy in Africa.

Chakwera, 65, secured the required majority, with 58.57% of the vote on Tuesday, the electoral commission said, beating Mutharika. Chakwera won election to a five-year term as president of the nation of 18 million people.

“My victory is a win for democracy and justice. My heart is bubbling with joy,” Chakwera said after his win, which sparked wild late night celebrations on the streets of the capital Lilongwe, his stronghold.

In power since 2014, Mutharika must now either challenge the result in court or step aside. The vote was regarded by analysts as a test of the ability of African courts to tackle ballot fraud and restrain presidential power.

The judiciary infuriated Mutharika in February by overturning the result of the May 2019 election that had given him a second term, citing irregularities, and ordering a re-run. Mutharika’s disputed win sparked months of anti-government demonstrations, a rare sight in Malawi.

“The commission declares that Lazarus Chakwera … has attained the requisite majority of electorate and is duly elected as president,” the electoral commission chairman Chifundo Kachale said.

Before seeking public office, Chakwera served as president of the Malawi Assemblies of God.

Mutharika, 79, earlier on Saturday said there had been voting irregularities including violence and intimidation against his party’s election monitors, but the complaint was dismissed by the electoral commission. The opposition has denied the allegations.

The ruling against Mutharika’s election victory, upheld by the nation’s supreme court, echoed one by a Kenyan court in 2017 that nullified President Uhuru Kenyatta’s election win – although in that case Kenyatta went on to win the re-run.

Both decisions were celebrated by pro-democracy activists on a continent where judges rarely challenge executive power.

There were no independent reports of irregularities, and no international observer missions this time because of COVID-19. Local observers have said the poll was free and fair.

Last year’s cancelled result also forced a change in the electoral system, swapping a “first-past-the-post” system for one in which the winner has to get more than 50% of votes.