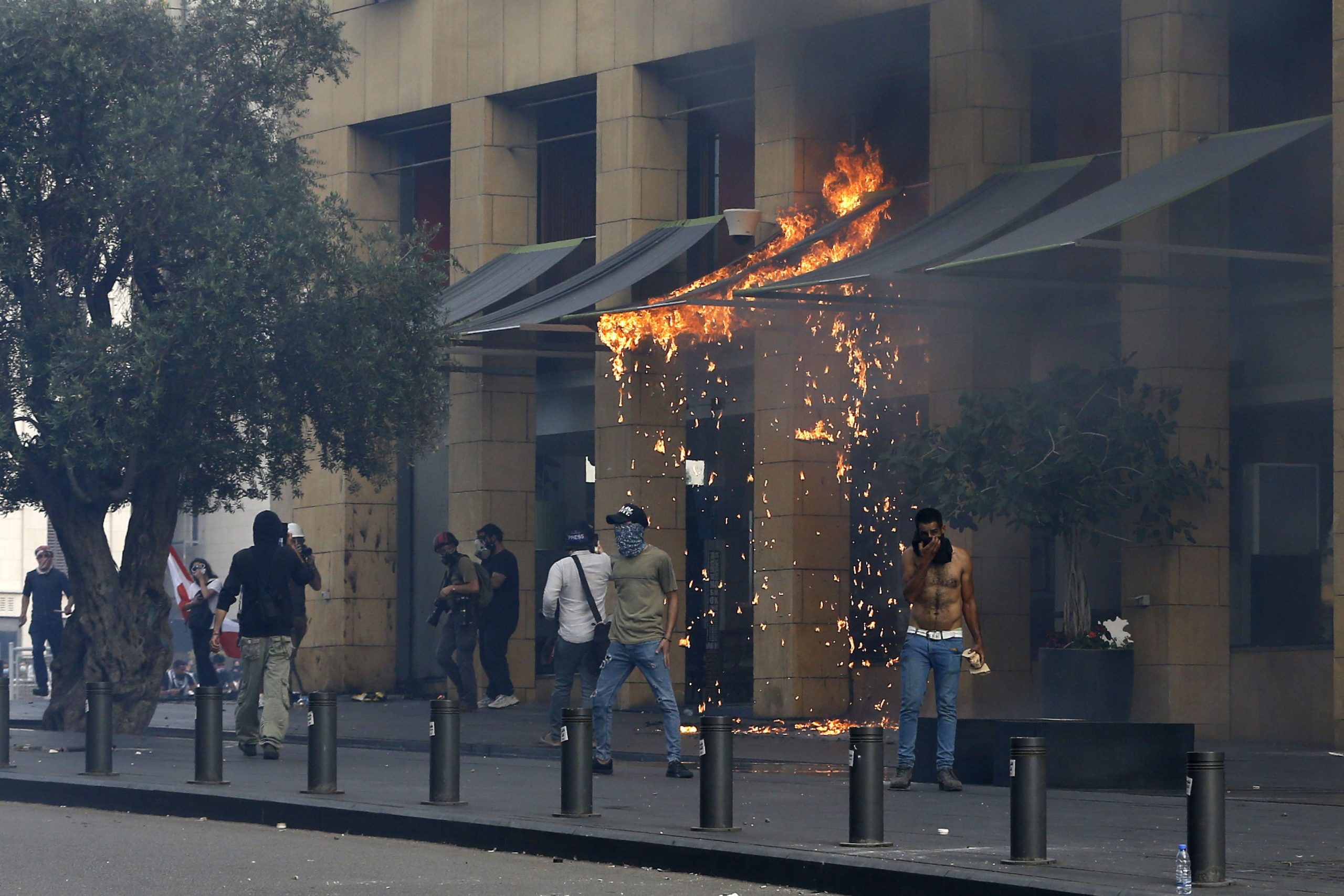 The Lebanese military on Sunday said overnight riots and sectarian tensions in central Beirut and other areas left dozens of people injured, including 25 soldiers, and warned that the clashes had endangered national unity.

The Lebanese Red Cross said 48 demonstrators were wounded, 11 of whom were hospitalized.

Saturday’s protests were the largest since the government last month began gradually easing a lockdown aimed at curbing the spread of the coronavirus. Nationwide protests against Lebanon’s political leaders had erupted on Oct. 17 amid an unprecedented economic and financial crisis, but were eventually put on hold due to the pandemic.

Lebanon’s army — one of the few institutions seen as a uniting force in the deeply-divided country — called Saturday’s clashes “a serious crisis that could have taken us into dangerous turns. What happened undermined national unity, civil peace and would have increased divisions.”

Political and religious leaders issued calls for calm Sunday, after many Sunnis were angered by the online videos of insults against one of the wives of Islam’s Prophet Muhammad. The schism between Sunni and Shiite in the early days of Islam was deepened when the Prophet Muhammad’s widow, Aisha, fought a battle against the prophet’s cousin and son-in-law, Imam Ali, who is one of Shiite Islam’s most revered figures.

Hezbollah and Amal issued statements condemning the type of insults seen in the videos, as did Shiite religious leaders. Sunni leaders also condemned the insults and urged calm.

President Michel Aoun in a statement called the unrest an “alarm bell,” warning that insults against religious figures and riots are not a way to improve the country’s quality of life.

Lebanese rose up last year against their political leaders, blaming them for decades of corruption and mismanagement.

Lebanon now faces the biggest threat to its stability since the end of the country’s civil war in 1990. The spiraling economic crisis, the pandemic outbreak and the national protests have raised fears of a new slide into violence.