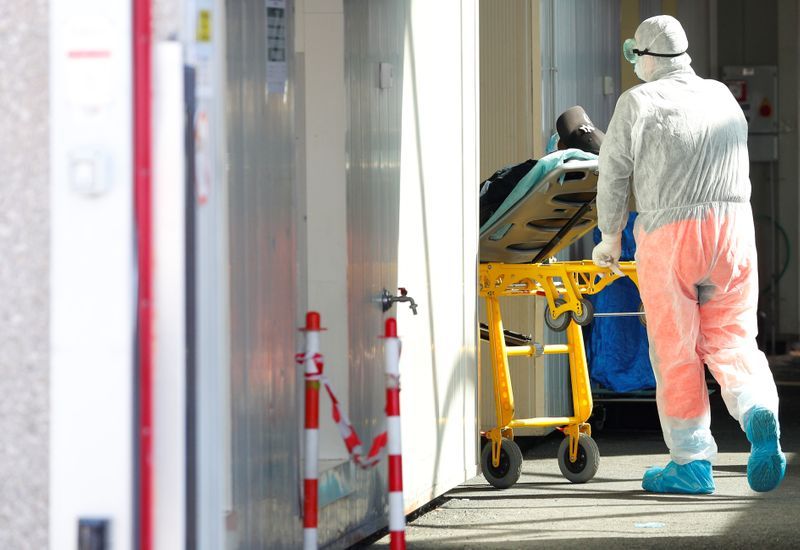 The spread of the coronavirus disease (COVID-19) in Rome. REUTERS

Deaths from the COVID-19 epidemic in Italy rose by 636 on Monday, more than 100 higher than the previous daily tally of 525, the Civil Protection Agency said, but the number of new cases fell sharply.

The total death toll since the outbreak came to light on Feb. 21 came to 16,523, the highest in the world.

The total number of confirmed cases increased by 3,599 to 132,547, the lowest daily rise since March 17, underscoring hopes that the illness might be on the retreat thanks to a nationwide lockdown introduced on March 9.

Of those originally infected, 22,837 were declared recovered on Monday against 21,815 a day earlier. There were 3,898 people in intensive care, down 79 on Sunday — a third successive daily decline.

British Open cancelled for first time since World War II due to ...

Germany’s Chancellor Angela Merkel warns on EU’s future as US braces for ...