The Times of Earth, International Edition
0
1151 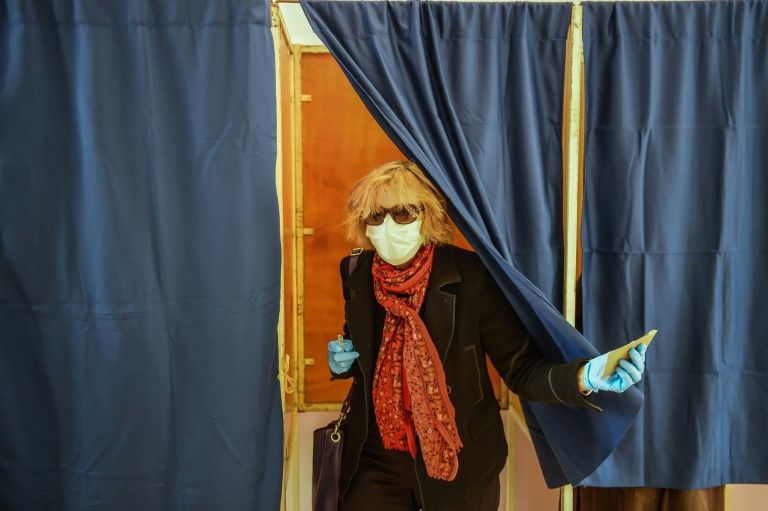 Authorities around the world turned to increasingly drastic measures to try to slow the spread of the coronavirus on Sunday, with lockdowns, curfews and travel restrictions spreading.

Soldiers and police sealed the densely populated Philippine capital from most domestic travellers in one of south-east Asia’s most drastic containment moves.

France ordered the closing of just about everything the rest of the world loves about it – the Eiffel Tower, the Louvre, the cafes and restaurants – as governments took increasingly desperate measures to put more space between people and contain the virus.

At US airports, travellers returning from Europe have been greeted with hours-long waits for required medical screenings.

While US citizens, green card holders and some others are allowed to return to the US amid new European travel restrictions, they are being funnelled to 13 airports where they are subject to health screenings and quarantine orders.

President Donald Trump announced that the US, which days ago barred travellers from most of Europe, will extend the ban to Britain and Ireland.

In China, where the virus was first detected in December, those arriving on overseas flights were routed to a converted exhibition centre for initial checks before being shuttled off to their homes or other quarantine locations.

It was clear, however, the way the centre of gravity in the crisis has shifted westward toward Europe and North America.

In a nationally televised address Saturday, Spanish prime minister Pedro Sanchez detailed the battery of exceptional measures put in place as part of a two-week state of emergency to fight the sharp rise in infections.

In a lockdown similar to the one already imposed in Italy, people will be allowed to leave their homes only to buy food and medicine, commute to work, go to hospitals and banks, or take trips related to the care of the young and the elderly.

All schools and universities were closed, along with restaurants, bars, hotels and other non-essential retail businesses.

“From now we enter into a new phase,” Mr Sanchez said. “We won’t hesitate in doing what we must to beat the virus. We are putting health first.”

Spanish authorities said the number of infections climbed past 5,700, half of them in the capital, Madrid.

That represents a national increase of over 1,500 in 24 hours. The country had 136 deaths, up from 120. Spain has the fifth-highest number of cases, behind China, Italy, Iran and South Korea.

“We had to close and remain shut for 15 days,” restaurant owner Rachel Paparardo said in Barcelona, which was already under regional restrictions.

“But this is nothing. It is just so more people don’t get infected and we can recover from this.”

In the Philippines, new restrictions for Manila, home to more than 12 million people, that came into effect Sunday mean the suspension of domestic travel by land, air and sea to and from the capital region.

Large gatherings are prohibited and most government work in executive department offices will be suspended for a month. School closures at all levels were extended and a curfew was also announced.

In the Middle East, Muslim authorities announced that Jerusalem’s Al-Aqsa mosque, Islam’s third-holiest site, would be closed indefinitely, with prayers continuing to be held on the sprawling esplanade outside.

France has recorded at least 3,600 infections. It has banned all gatherings of more than 100 people, ordered all schools closed and asked companies to allow workers to stay at home.

In Italy, the worst-hit European country, the number of deaths climbed past 1,400 and infections surged roughly 20% overnight to more than 21,000, because of what authorities called irresponsible behaviour by people still socialising despite the nationwide lockdown.

Many Italian cities, including Rome and Milan, decided to close playgrounds and parks, too.

Greece’s infection total approached 230 with three deaths, and police there arrested 45 shopkeepers Saturday for violating a ban on operations.

The US has seen 60 deaths and more than 2,100 cases. In hard-hit Washington state, where 40 have died and and more than 550 have been infected, officials said the disease is straining the supply of protective gear available to medical providers despite shipments from the federal government.

European countries took steps to isolate themselves from their neighbours.
Denmark closed its borders and halted passenger traffic to and from the country.

Poland planned to close is borders at midnight and deny all foreigners entry unless they lived in Poland or had personal ties there. The Czech Republic and Slovakia took similar action.

Russia said its borders with Norway and Poland will be closed to most foreigners beginning Sunday.

In the Pacific, Australia and New Zealand announced that incoming travellers will be required to isolate themselves for 14 days, with few exceptions.

In New Zealand, passengers aboard a cruise ship in the South Island tourist town of Akaroa were not being allowed off the vessel Sunday, while three passengers are tested.