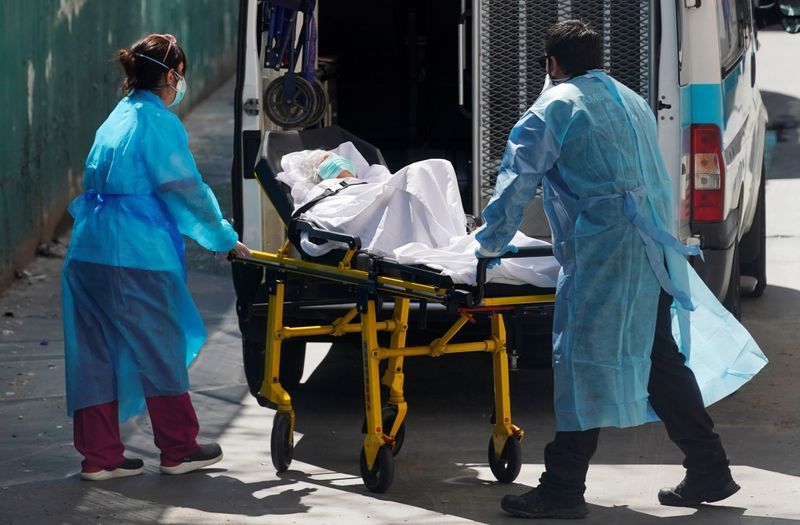 The spread of the coronavirus disease (COVID-19) in Leganes Madrid. REUTERS

Spain reported more deaths from the coronavirus tearing around the world on Friday, but the number who succumbed overnight was lower than the previous day.

Adding to the world’s worst death toll from the disease after European neighbour Italy, 932 people died in 24 hours, bringing the total to 10,935, the Health Ministry said.

It was the first time in over a week that the figure fell from the previous day.- –

On Thursday, 950 new deaths were reported.

More new cases were also registered, but the rate of infection slowed. With 117,710, Spain is now second only in numbers of infected to the United States, which has a population some seven times larger.

Prime Minister Pedro Sanchez has imposed one of Europe’s strictest lockdowns, leaving only employees in essential sectors free to travel to and from work.

Bars, restaurants and shops are shuttered.

Spaniards have now been confined since March 14, and Interior Minister Fernando Grande-Marlaska said late on Thursday that Sanchez would decide over coming days whether to extend that.

The region around the capital Madrid has suffered far more infections and deaths than anywhere else in the country. More than 4,400 people have now died there, data showed on Friday.

Hospitals are struggling to cope, and more people are dying in the area’s nursing homes, which house some 50,000 people in the most vulnerable age bracket.

Mortuaries have been overwhelmed, prompting regional authorities to set up a third improvised facility at an ice rink near the capital on Friday, adapting the 1,800 square-metre space to receive corpses.